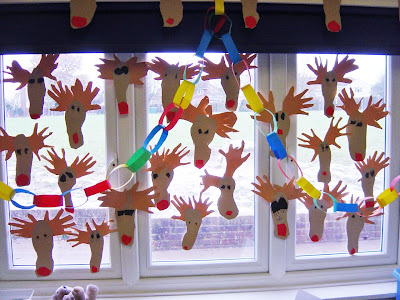 Yesterday was extremely productive! I got all the bags made and filled, including the ones for my wonderful helpers. Those particular ones contain either home made preserves or spiced apple cordial with a couple of drink ideas. I do hope they are liked.
At the moment they're all sitting on a couple of trays, waiting to be taken into school on Wednesday to sit under the Christmas tree and to be given out on Thursday. I'm certainly going to have to take the car that day!
The biscuits got made, finally, although the second lot had to be dumped as I turned on the telly and got engrossed in what was showing, letting them burn. It was the home made Christmas programmes and I found it all fascinating, being interested in that sort of stuff myself.
Later on DD came round and we sorted out family gifts. As some family members read this blog, I'm saying no more, but suffice it to say we had a most satisfying and enjoyable time!
I'm looking forward to today. There's some writing, some Christmas maths and swimming in the afternoon. And a show to put on this evening. I think we will need a dance rehearsal at some point to refresh the memories of those who have been away with this nasty flu-ey virus and who are expected to be back today. I've sorted out my Christmas DVDs as well, just in case there's a blank moment at any point!!
It's cold outside with a very heavy frost. I must remember to take my camera with me, in case there's anything worth snapping on the way! It can be so frustrating when you see an interesting composition and realise you've left the camera at home! I do that far too often.
The photo of the hands and foot reindeer didn't come out too well as they're on a window so I've had to edit it pretty heavily to make them visible, but you can get the general idea!