Good afternoon (I can't really call it morning by now) and how is everyone?

Yesterday was just a lovely day.  The sun shone all day, it was warm but not too warm and everyone was smiley and happy.

I gave the gym a try out and did around twenty minutes - ten on the exercise bike, five on the cross trainer and five on the rowing machine.  I ought to have done some of the weights based machines but it was breakfast time!  When (not if) I come back, I'll do a bit more in there.

After breakfast, we wandered down to the dance studio for the wake up session but no one turned up to take it.  After asking, Lindsey did a class instead - I need to say she is a trained professional and is covered, etc.  It was fun.

Then some of us did the Right Royal Quiz - it was one of those where you have a zapper and you press what you think is the right answer as fast as possible and the computer does all the adding up.  At one point I was second for a short while but ended up fourth out of around fifty.  Most importantly, it was great fun.

After lunch, some of us strolled down to the outdoor sports field.  Some of us did rowing and some of us (like me) watched!
And took a few photos . . . 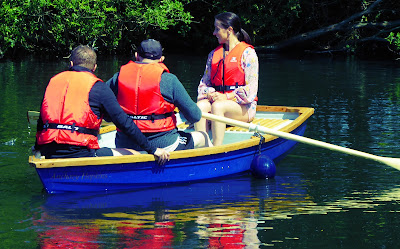 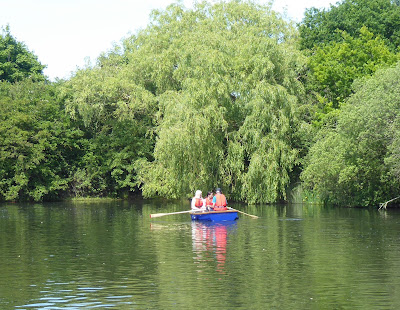 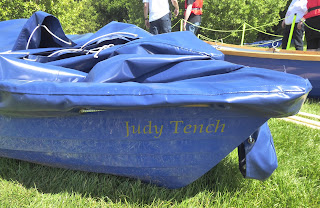 We were going to have a go at segway-ing but realised we didn't have time if we wanted to do Strictly Potters so we walked back and headed back to the dance studio.  This was what we thought - basic Latin steps, sort of cha cha cha-ish that ended up as a sport routine - a lot harder than is sounds and jolly good fun.

After another quiz (they are very funny at times), it was dinner and then entertainments.  The main show was 'Cool Britannia' - top songs from the 50s to now and it was great to sing along with some old favourites like the Hippy Hippy Shake, Shout, I Only Want To Be With You and You'll Never Walk Alone.  Are you old enough to remember those?

The holiday finished with a mammoth breakfast followed by the manicure I had booked and, yet again, I marvelled at what a small world it is.  The nail technician, Joanne, not only comes from Chelmsford, she lived in the next road along from me and her two girls went to the school I taught at.  Both of them had the teacher who replaced me when I retired.  I've likely walked past her in the street or in Morrisons.
Amazing!

The nails look good too!

And now it is all over.  I'm home, there's a load of washing in the machine and some strawberries have been picked to enjoy.  I will be out and about, of course, over the next few months but that's the last going away holiday until the end of September.

It was a very easy drive home and now I know which way I should have gone!!   It'll be a doddle next time.
Mind you, I was glad I was heading down the A12 - the other way was bumper to bumper.  All heading for the Norfolk and Suffolk coasts, perhaps?

It has been a fabulous two weeks and I think I have found a longer term friend - we've exchanged contact details and, as she doesn't live so far away, hope to meet up again soon.  What a nice way to end a holiday. eh?  In fact the whole group was lovely.

For the rest of the day, I am going to rest and relax - I feel very weary and quite achey although that is only partly to do with all the exercise, it's also to do with too much food and certainly too much prosecco!  I'll be fine by Monday when normal service is resumed again.