Mostly taken a few minutes ago so the light isn't great bit it gives you an idea. 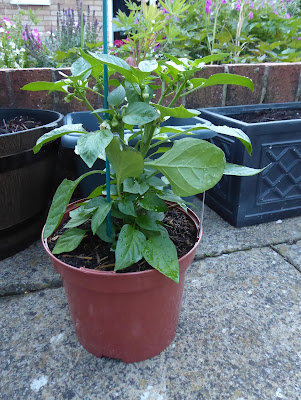 I don't usually rate Aldi's plants when they have them.  They are uncared for and weedy (mostly) but they had a trolley of these - some were peppers (red or yellow) ands chillies which looked in great condition and reasonably priced too.
Now, I never have any luck with peppers but I just had to so I had a good nosey and picked out this red pepper.
Those of you who are good at this - is the pot large enough?  I have a bigger one ready but I'm not sure, given my success rates with peppers is 0% at the moment.
I've grown chillies before very successfully but still have plenty of chillies, both in the freezer and dried, to last a year! 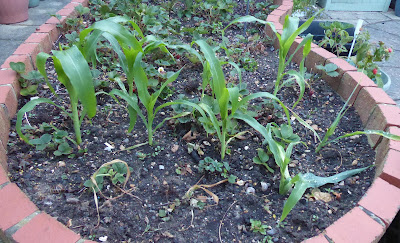 The sweet corn is doing nicely.  It's just a shame about the two that didn't make it and I have no idea why.  I just hope they are grouped enough for pollination now.
I've not grown sweet corn before so my fingers are crossed. 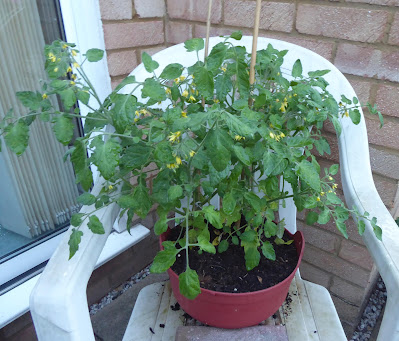 One of Julia's plants, the only bush one from her.  She said it should be prolific and early.  Certainly there are hundreds of flowers but, as yet, no babies that I can see. 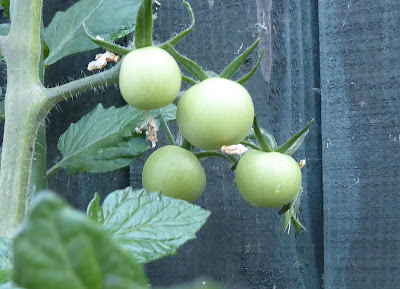 And one of mine - or, rather, one from the garden centre.  I think one could call these children rather than babies now.  They are the Shirley variety. 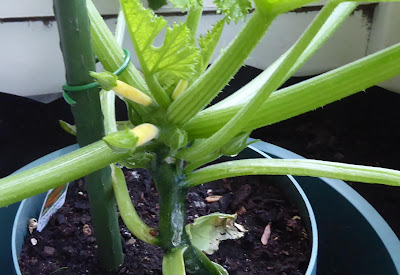 Still growing very, very slowly at present but the plant is sending out plenty of leafage and looks happy (fingers crossed).
I decided not to pinch them off and leave it to the plant.  That may be wrong . . .  :-) 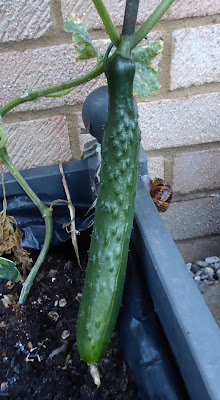 And here's the first cucumber, probably as long as it will be and starting to plump out.   I should think I'll be eating it later next week.
There's plenty of babies but none snapping at its heels.  Gluts come later and I find once you actually pick one, the plant seems to accelerate some of the others.  The drive to reproduce, I guess.
(That enterprising snail has been removed!) 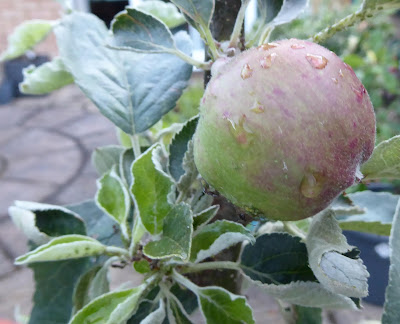 One of five little Braeburns.  The sixth fell off, sadly. 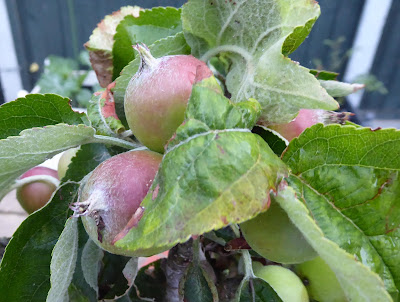 And some Flamencos.  The fruit looks good but the leaves and, in fact, the whole tree don't.  I'm sure it has got something but I have no idea what.  Oh, well, time will tell and I will do a bit of reading up. 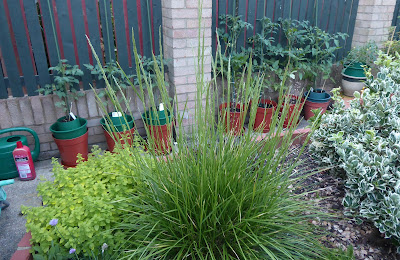 This is the only ornamental grass I have; the garden really isn't big enough but once the flower heads emerge, as they are now, it looks so very pretty and adds a bit of height. 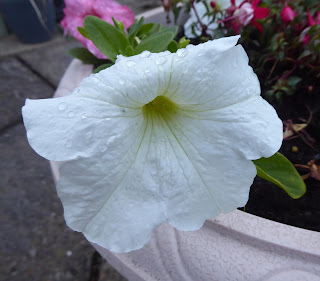 This was one of the bedding flowers Val gave me and they're doing nicely, given that I didn't plant them out for ages, poor things. 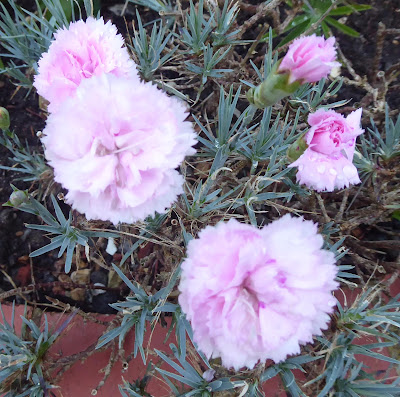 The pinks are pinking nicely. 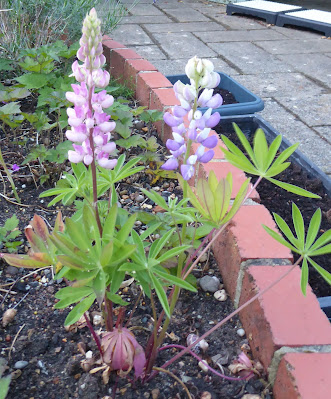 Now, this is my other lupin, bought a few weeks ago.  It was sold as one plant so I was surprised to see that the two flower heads are different colours and, when I looked carefully at the bottom, it's two plants very close together.   I'll let them be for this season but when they stop flowering, I will see if I can separate them and, perhaps, one can go round the front - I'll think about that.
Two for the price of one can't be bad.