. . . and the first bit of excitement is that it's a snowday. School is closed: I expect it is because there's been a lot more snow in the surrounding area (there always in) and many staff would have problems getting in safely.  A gift of a day but I must remember to up the heating BEFORE the house starts getting cold.  It's on weekday setting, of course..

It started snowing here before eight a.m. yesterday and carried on all day.  Very fine, grainy snow, it didn't add much to the depth at first but it was very, very thick at times so by the end of the day we had about 8 cms lying.  I shudder to think how deep it would have been had the flakes been those thick clusters of crystals, or what the conditions would have been like, because even with the fine snow the visibility was bad at times.  I wonder if there's any more coming - the forecast didn't seem all that clear on that point.  Maybe, maybe not.
And it looks as if I was visited by a yeti: I have photographic evidence!  It has to be, it couldn't possibly be me going out bare footed - could it?!

B and A decided not to come over: a sensible decision, I felt, as they live on a hill, which is unlikely to be gritted and would have been very treacherous to drive along in those conditions.  So into the freezer went the windy gardener's pie and into Handy Andy (my halogen oven) went the chicken.  Under an hour later I had the most scrumptious roast chicken you could imagine - quite a lot of it too, as there was only me.  I had intended for B to take some home for her cats but never mind, their loss is my gain and there will be other times, other chickens!  Brining and Handy Andy-ing does leave the cooked results very moist and juicy and I ate more than I ought to have eaten, simply because it was so delicious.
After dinner I stripped the chicken of most of the meat and put the carcass, skin, etc. in a pot with some water and the bits of lemon that I had popped into the cavity before roasting and boiled the whole lot up very gently for rather longer than I had expected because I forgot about it!  Never mind, the resulting stock is gorgeously jellylike and flavoursome so no complaints.

So today - well, I have chicken.  Lots of chicken.  If I can pluck up the courage to have a go at pastry (my pastry  can be shockingly bad) I might make some little pies.  I have mushrooms that are going to need using up soon and I have sweet potato.  That would be rather a good mix with the chicken.  I wouldn't need a lot of pastry because I would make them in small foil dishes and just do a pastry topping.
And I have stock and a butternut squash that needs using up.  If I roast the squash with some onions and maybe a carrot, add some chicken stock and some lentils and then zizz or sieve when all is cooked, I should have a lovely soup to keep out the cold.  It makes me feel hungry just thinking of it.

I wonder how bad the daytime TV will be!  I still have that ironing to do. 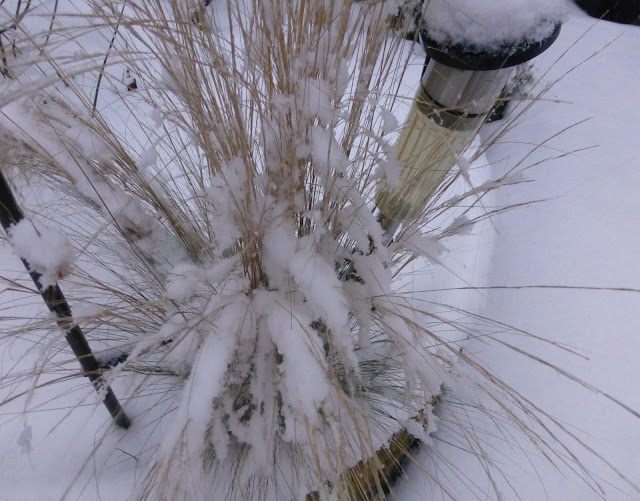