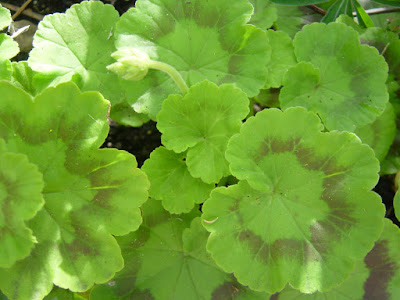 . . . and it's been quite a busy day one way and another. This afternoon I drove over to Billericay to pick up a couple of bags of cooking apples from a friend's garden (many thanks, J, they look wonderful). When I got home, DD and DG had arrived with rather a lot of King Edwards spuds that they had just dug up. These are going to be our Christmas potatoes (sorry) so we spent the next hour or so peeling, par boiling, laying out on trays and dredging with flour before allowing to cool. They've just gone into the freezer to open freeze before being bagged up tomorrow. I have, of course, a pot of potato-ey water now, so tomorrow I shall get some leeks and make some leek and potato soup (I have a few potatoes in the veg box) - the water smells wonderful, so the soup should be jolly good.

The feedback on the fried green tomatoes is - OK, but nothing to rave about and very calorific with all the egg and cornflour-ing and then frying. I have to think again on this one. However, perhaps the green picking has motivated the plants because there were enough red tomatoes to pick to have some for tea and very flavoursome they were too.

Tomorrow I will have to deal with a lot of apples! It's all go, isn't it?