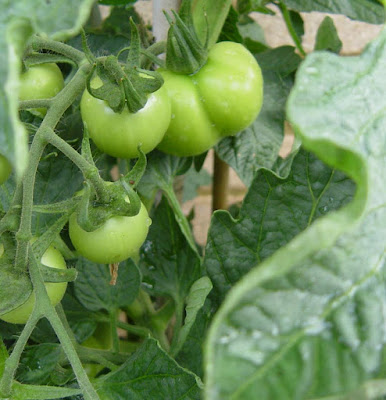 The tooth is filled (it was root canal stuff as well as a filling), it took for ever and the jaw aches now but my heart is light. I'm so glad it's all over - for the time being anyway!
The rest of yesterday was nice though - I went round to DD's first thing to look after DG all morning, then stayed for lunch before she dropped me off at the dentist, which is local to her. After that she picked me up and we went to Matalan for a good spend. She bought more than I but it was all useful, necessary stuff, apart from one thing. I bought a nightie, not because it was needed but because it had an owl on the front. I love cute owls! DD bought more coat hangers and DG being who he is, she had to buy a set in each colour so came home with rather more than she intended. Never mind, I'm sure they will come in very useful. There was a sale on so we did pretty well out of it really.
It was raining on and off all day, sometimes light and sometimes very heavy indeed. The garden is sparkling clean and fresh now and the plants certainly do look happy. I'm convinced the tomatoes have grown several centimetres since I last tied then up on Tuesday and I've had to stake up a lupin that bent right over in the rain yesterday. Absolutely no complaints though. It saves me a chore and DD won't have to water her allotment for a few days . Can't be bad!