It's that time of the year again, folks.  The time when I overdose on gardening stuff and you all get bored to tears!  Really sorry and all that, but isn't it a wonder how nature renews itself each year.  It never stops amazing and astounding, even though I know it's going to happen.

Yesterday the weather was absolutely shockingly bad.  Heavy rain, then a dryer interval, then more heavy rain.  It put the clappers on any plans I had for going out but that was OK, I dodged the raindrops a bit and got on with more garden sorting out.

I've now decided what to put in the planter at the back with the trellis behind it - that's where the rather feeble and fragile looking sweet peas have gone and I swear they have grown an inch or so overnight.  A little bit longer and I will nip out the tops so I get the side shoots growing and look forward to some colour in what is not a very exciting spot beside the compost bin!  I love sweet peas so will be cutting them for indoors which is the best way to ensure loads more flowers.  Win-win!
I've positioned them at the back of the planter, against the wall so need to look for something to go in front, something low and toning.  The sticks are to bridge the gap between planter and trellis. 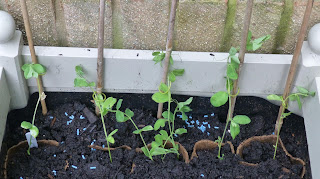 I'm going to put the tomatoes in their final home, those that Dad brought over, anyway.  The Montellos are up against the fence as last year and the sungolds are in the raised bed again.  The mystery tomatoes are still too small to do much with and my fingers are crossed that they do actually come to something. 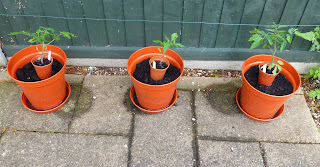 I was very excited to notice that the Tayberry that Refused to Die is now flowering.  Not much, admittedly, but even so.  And there's really strong growth in the new shoots department, meaning good stuff next year! 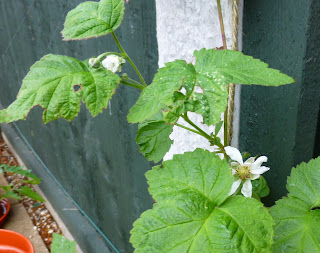 The Bush that thinks it's a Tree has also decided it's time to look pretty.  Plenty of flower heads and this year I will pick the berries as I gather you can make a nice jam/cordial/flavoured vodka with them.  It's a bit hidden from the house but looks great from the arbour - another reason for sitting out more when the weather permits. 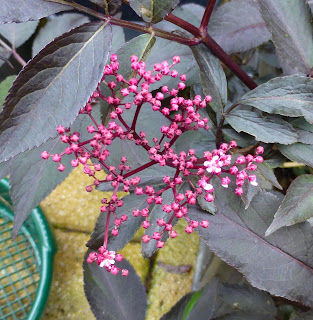 The mystery plant continues to grow.  If it starts climbing round the archway, then I will assume it is indeed the dead passion flower resurrected.  If not, it will come out. 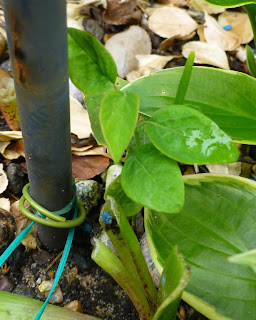 . . . and the hostas are the best they have ever been, mainly because I got the slug pellets down in good time instead of waiting until the damage had been done.  I'm afraid I don't do organic where slugs and snails are concerned, horrid things. 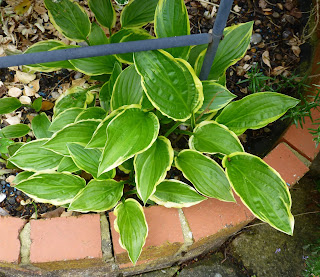 I also finally got the runner beans in.  A bit late, I know, but they will catch up fine.

OK, you can wake up now!

Today is another allotment morning as the sun is shining.  At least we won't need to water anything today.  Instead we have to move some soil so it will be heavy work but worth it.  Better get started then!