I have often mentioned that I sit here and watch the sunrise as shown by the shadows that gradually retreat on the walls of the houses I can see through my smallest window.  You see, I have a south-ish facing garden and the sun rises to the front/side of the house where I can't see it.  This is what I see. 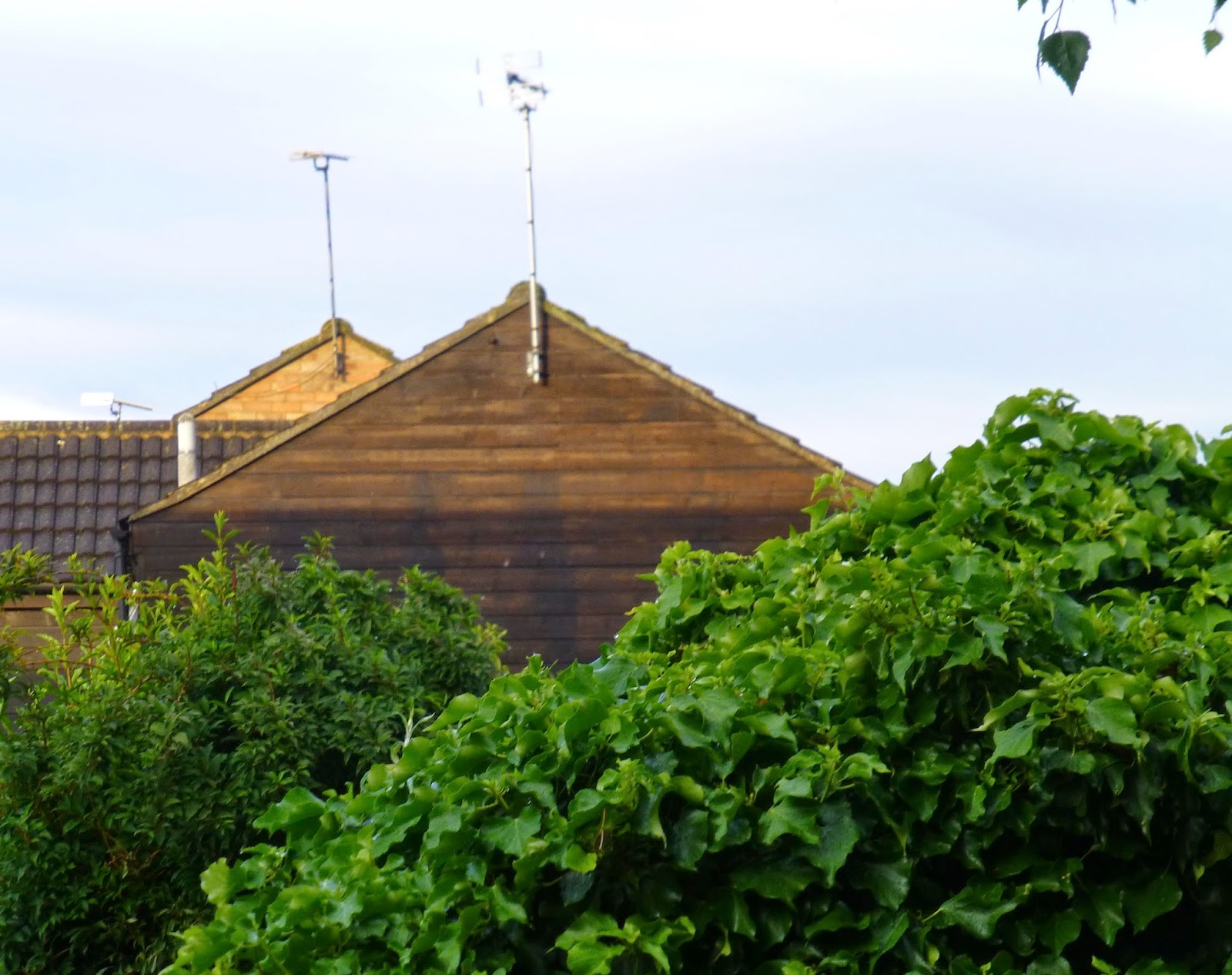 I took it this morning, from the garden, zoomed a bit, but it is the view I get.  To the right of the photo is the road and then countryside and to the left is the rest of the estate.  I love watching the shadows go as the sun takes ownership of the day but not so much when the shadows fight back and the sun vanished again, as has happened this morning.


It has been raining overnight so that saves me a watering job.  I did the growhouse tomatoes last night so they will be OK.  The place is virtually bursting to the seams and it makes me wish I had the room, the skill and the time for a proper greenhouse.  However, I don't, so the growhouse is a great half way solution! 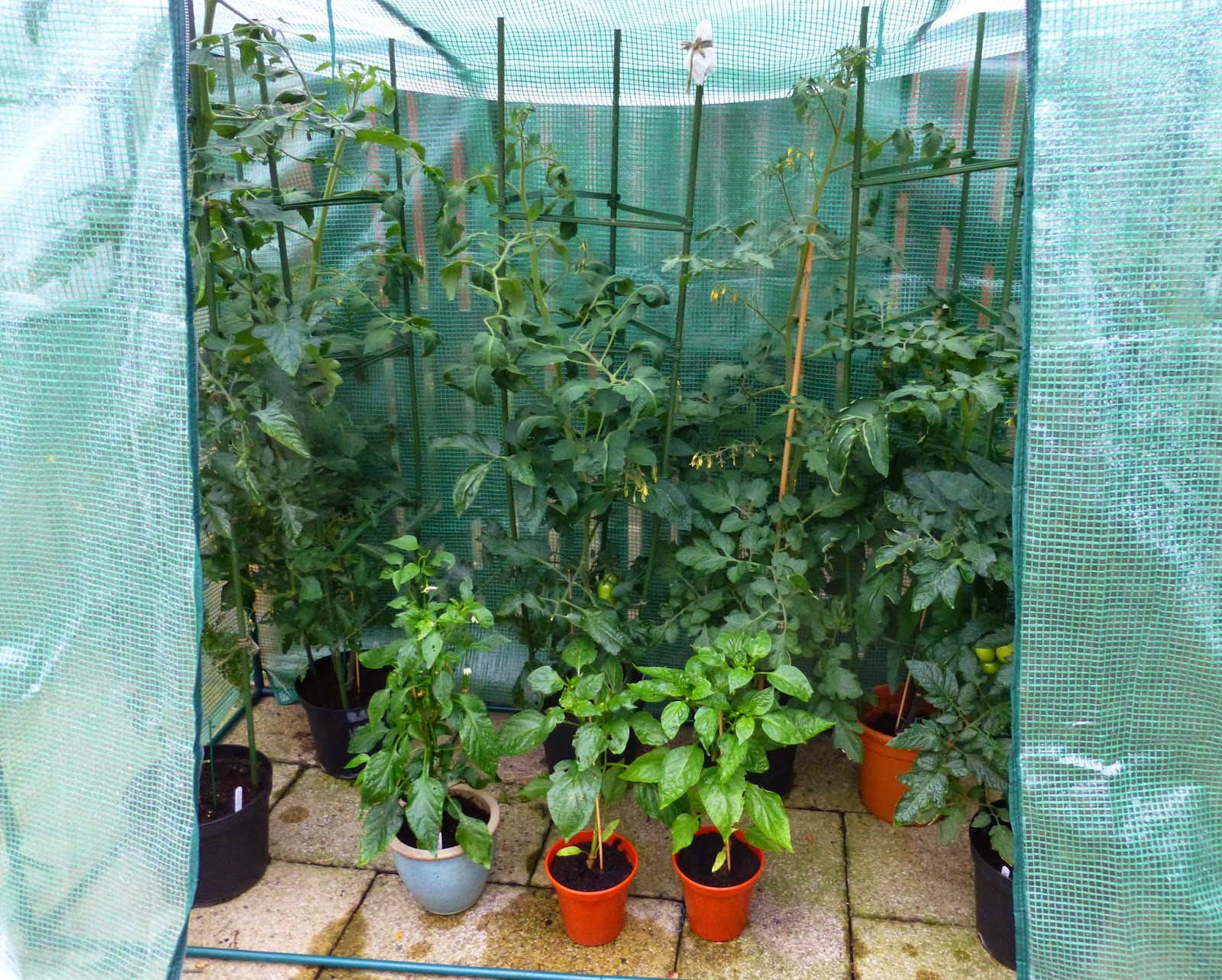 As I have mentioned before, I am growing tomatoes for all three of us this year, me, Beth and Alex, so I am delighted that the outside tomatoes are coming on a real treat.  Six plants should give me plenty of fruit and I'm feeding them now as the first trusses are showing. 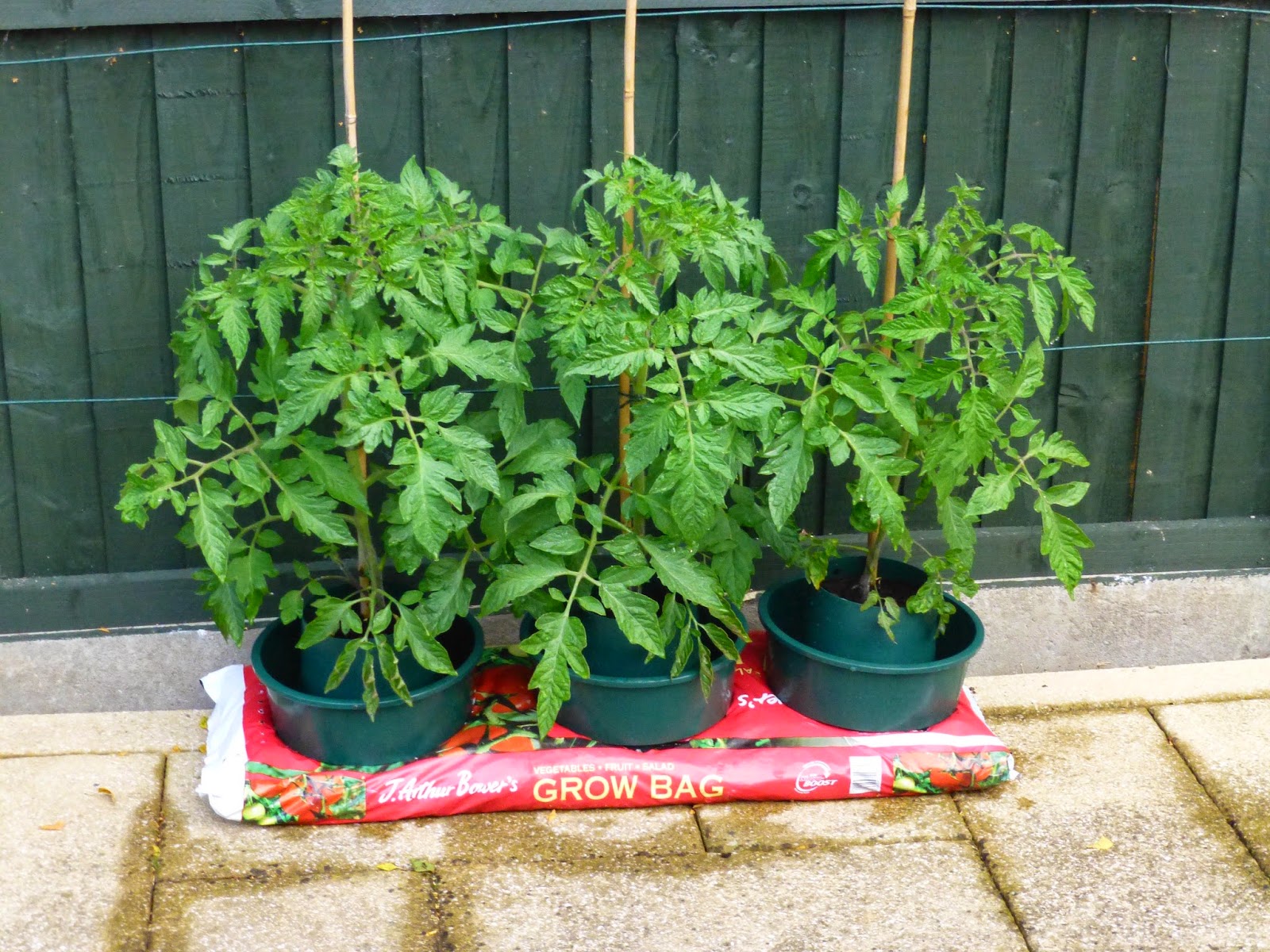 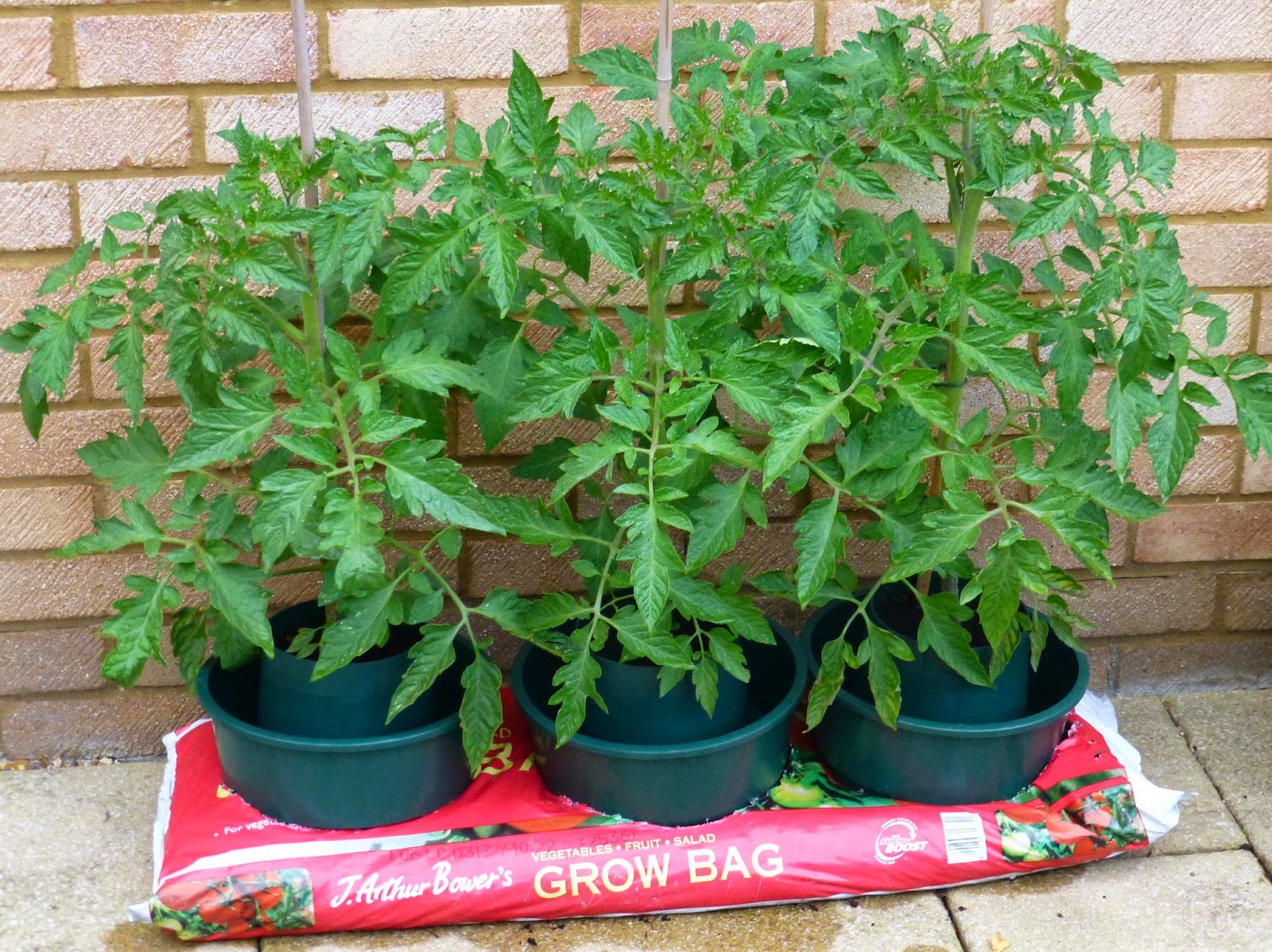 The veg bed is looking a bit thin on the ground but the space is for leeks and broccoli when it is the right time for Beth to get them over to me.  The carrots ( seen through the runner beans) aren't doing so well and I think a cat is doing some damage as one of the plastic labels has been dislodged and is in the middle of the bed.  I need to sow some more seed and just hope it isn't too late.  The corn in the background seems to have decided to stay and is now starting to send up new growth so maybe that will be OK.
I have three smaller tomato plants that are refusing to die so I think I might pop them in the bed along one side and just see what happens to them.  After all, you can't have too many tomatoes, can you? 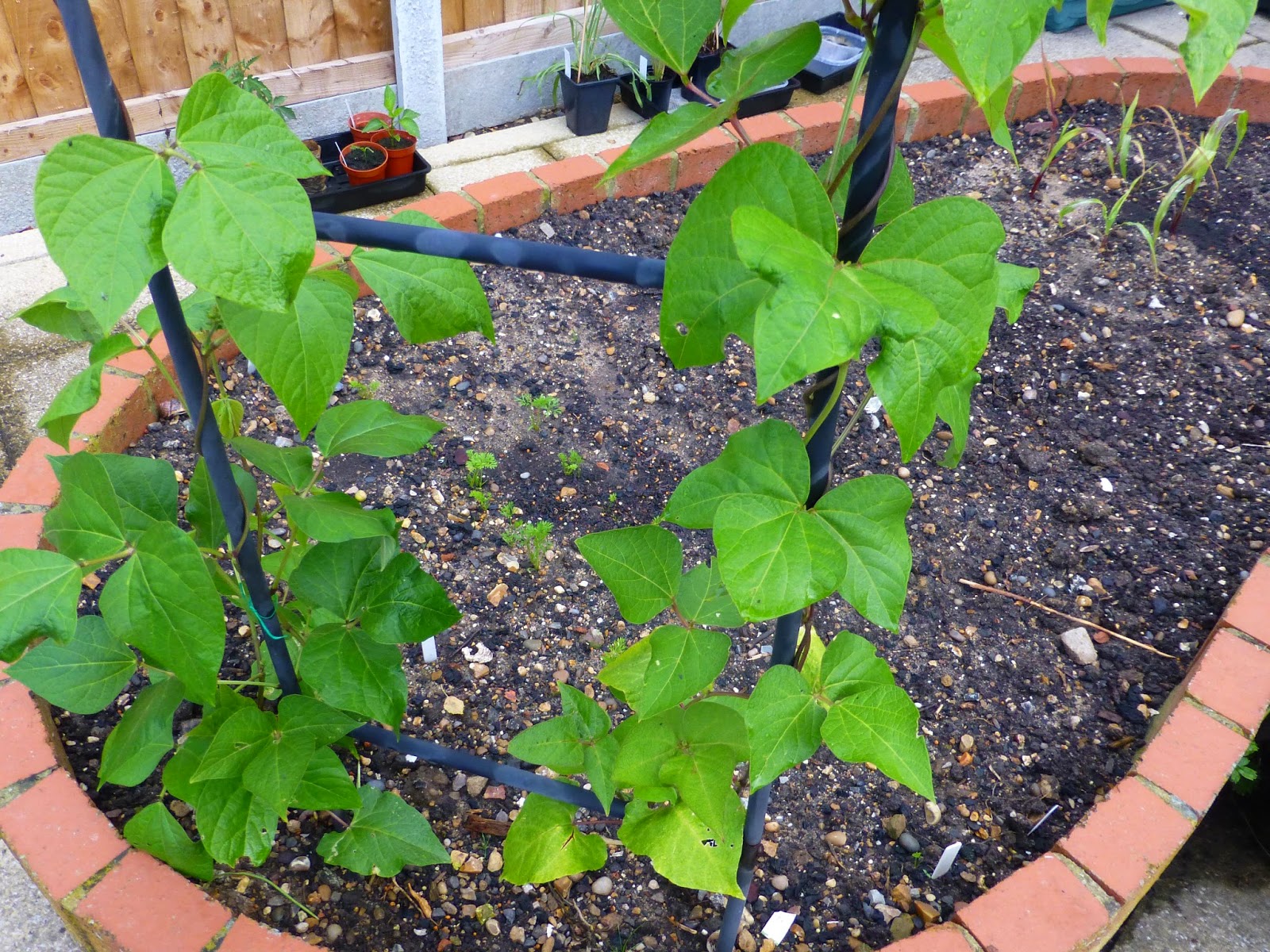 The flowers are OK.  Sometimes I think they are all a bit of a muddle and sometimes I like the random look.  I need to be more organised.  I'm not sure the crocosmia is really in the right place, the bright red is a jarring colour amid the mostly blues, pinks and lilacs and they do grow so very tall.  I know I wanted tall but . . .   I'm starting to think I might have them out in the Autumn and perhaps pop them either in a large pot so that they can go into a shady corner, or round the front where it is out of direct sunlight for more than half of the day.  Oh, I'm hopeless at making decisions. 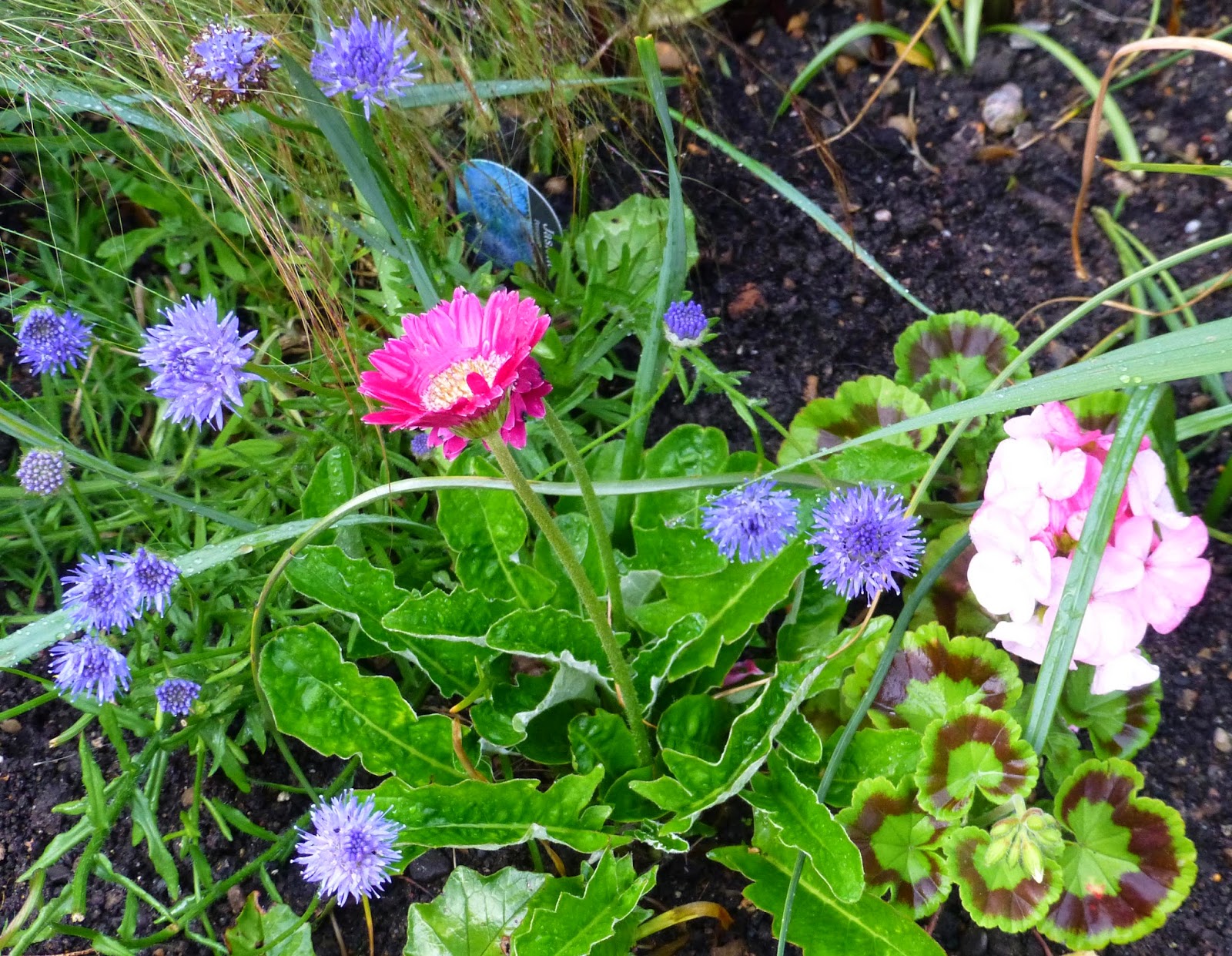 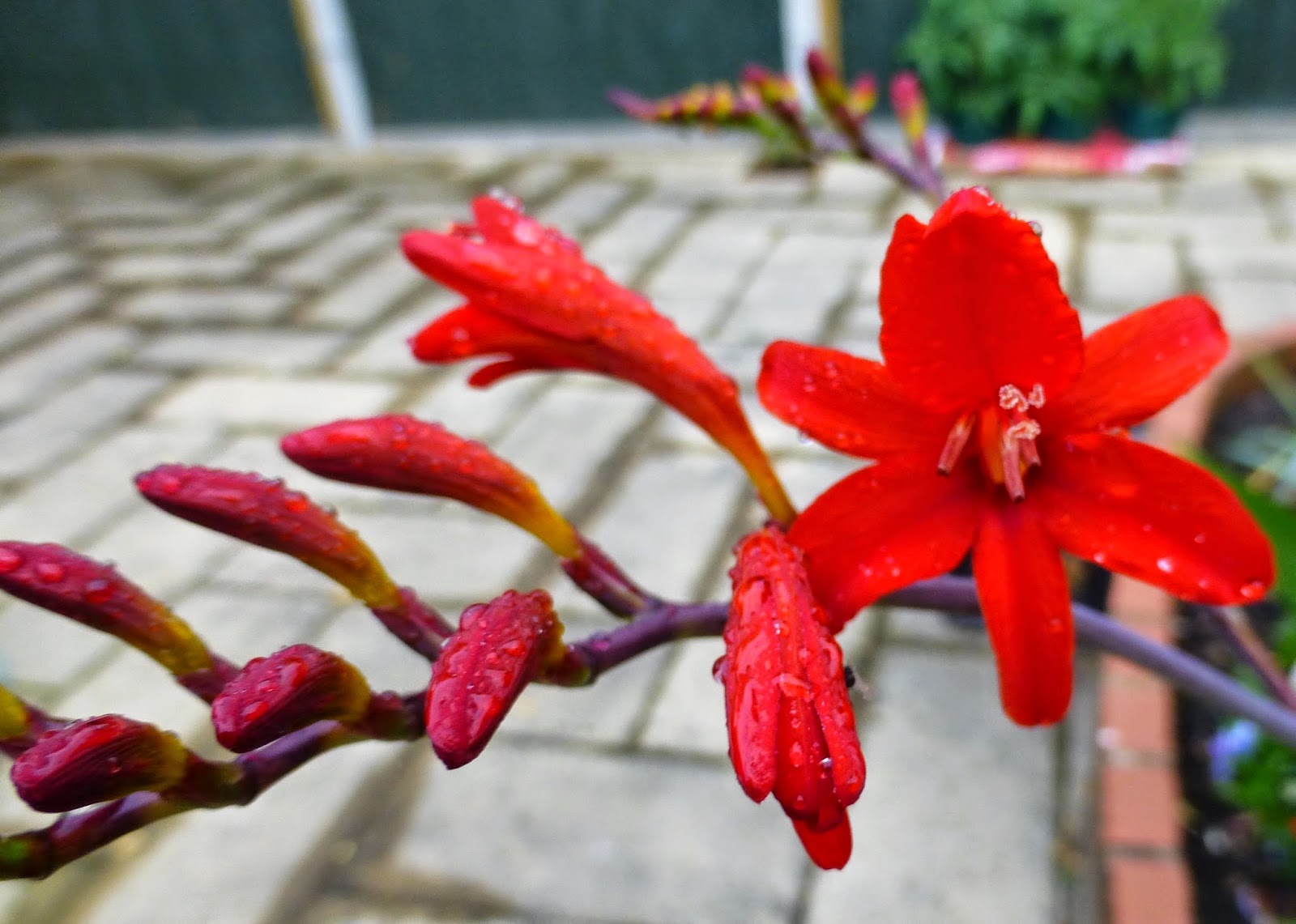 The green and aromatic bed has a new focus as the grass in the middle sends up its flowers.  That adds height too but it works because the various greens are in harmony.  The red you can see is the tomato food bottle (ooops), not a flower. 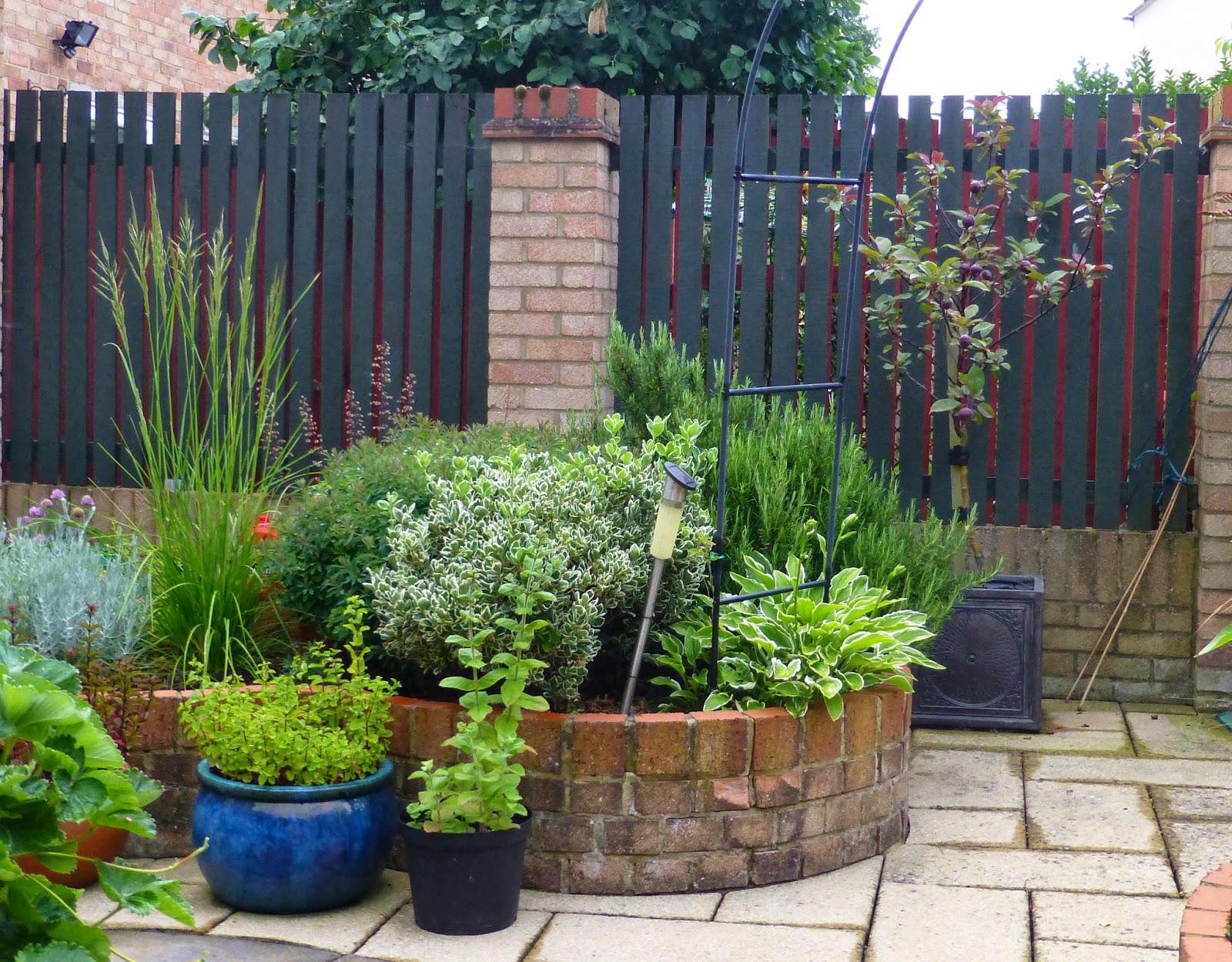 Sorry, I know I am going on about the garden a lot and it's not as if it is a particularly interesting or sizeable garden but there's not a lot of interest going on at school right now apart from sorting stuff out and paperwork, endless, overwhelming paperwork!!!  When I started teaching it was totally the other extreme: very little accountability and hardly any paperwork at all.  I'm not sure we even did reports, I don't remember them anyway.  Things had to change and they did but it is now totally to the opposite extreme and equally stupid.

Still - just three weeks to go.  Three weeks minus one day as next Monday (not tomorrow) the Tour de France is coming right past us, actually on that road I mentioned above.  All the roads round here will be closed and no-one will be able to get anywhere.  Well, I could get to school because it's just down the bottom of the road, but hardly anyone else will and it also affects a goodly number of pupils as we have a lot of out of catchment children who come by car.  So school is closed that day!
Sad, innit?