Good morning!  Another stupid o'clock waking this morning.  I've stopped worrying about them.  I just settle down to something and go back to bed if and when the spirit moves.

Yesterday turned out to be quite a day in a small way.
Last week, Beth got my laptop set up for an online interview she was having and I'm grateful for that because yesterday it came in useful!

First, though, after getting the message from Chris, I popped over the cul de sac with one of the sliced, frozen loaves, left it on the door step, banged on the door and stepped back.  We had a brief shouted conversation at a distance which was jolly nice before I came back in for PE with Joe.  I found it a bit of a killer - it seemed to have more squats and I'm not good with them!  I'm afraid I wimped out of a few sections!

Then it was general housework, prepping meals properly so it would be easy to stick with the plans, until midday when, after a bit of a hassle, Lindsey and I had an online personal training session together, using the bits and bobs I have at home - balance ball, balance plate, some of the resistance bands, weights and a step (actually an old Wii step with a riser).
You know what - it was brilliant!  She'd worked out a programme for me and it was almost as good as f2f with all the chatter and jokes, etc.  Lovely to be interacting with someone.

In the afternoon, Beth and I were facebook chatting when we thought - why not give a video chat a try.  So we did and yes!!  Because I could see her face and she knows me anyway, I could hear pretty well and we had a good old chat with Alex joining in now and again.  It was really lovely!

And then, as if that wasn't enough, Jennifer (SW consultant) had set up a meeting using Zoom and some of us were in the first group to give it a go.  There were a few teething problem, I got chucked off once and when I got back in the band width was low so the picture kept freezing and, due to that and the fact that several people talked at once, I really couldn't hear a lot.  Never mind - it was great to see different faces.  I wasn't the only one to have connection issues in the first group.  However, the second group had fewer issues so it's really a case of live and learn with what was a new medium for a number of us.

So an exciting day in my own, small way. 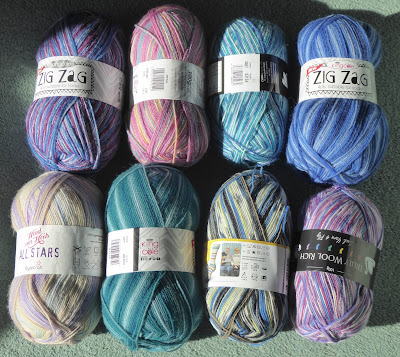 . . . and so did five 10k bags of granular salt.  Heavy things but I can get them stacked in the shed one at a time.

Today, I think, will be calmer!

Beth has sent me a shopping list.  She can't get out, of course, having been ordered to isolate for health reasons.  Alex doesn't drive.  So I will pop to Morrisons at eight and see what I can get before dropping it round to her.  There's a fair old bit of wishful thinking on her list, I think, but I will do the best I can.

I will miss the live PE with Joe, but that's OK, I can do it later.

I have a few YouTube things to catch up on.  I enjoy the Mike Jeavons 'A week on . . . ' series and he's started one called 'A week on Apocalypse food' which should be funny is an understated, ironic way.  I can catch up with days one and two of that.  There's another one I'm half way through watching called 'A Month on Muscle Food - do the unthinkable' and I want to watch more of that too.

I'm going to deal with my peppers today!  I seem to have rather more red and green peppers than I need but I know they will freezer well because I've done it.  I de-seed them, cut them into slices and open freeze them before bagging them and I'll just keep a few for salads.
I know it's my fault - there was a bag of wonky peppers and I love getting wonky veg!

I also had some - cough - red wine left over from the blowout on Tuesday so that's going into small pots to be frozen too.  I can use it for cooking.

After reading an entry on Sue's blog about simple living where she talked about her activities going under headings, I thought of my own to organise my day.

Something physical: today that's PE with Joe
Something outside: shopping for Beth
Something for someone else: ditto
Something in the kitchen:  avoiding food waste by prepping and freezing
Something for the house:  changing the sheets, washing and ironing
Something creative:  knitting and sewing
Something social:  difficult but I do email Dad every day and Beth and I might have another video chat
Something entertaining:  That's the Mike Jeavons things

God grief, that's twice as many headings as Sue had but I do like her idea and I won't have something under those headings every day.

Have a positive and safe day, everyone.  xx