Good morning, everyone.  More sunshine!  This is great.

The sun was lovely yesterday and I took a few photos of my tiny little front patch.  I think it is at its best at this time of year. 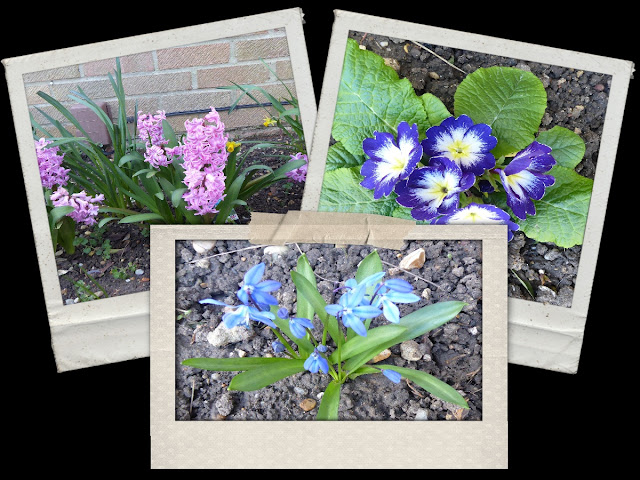 I was motivated to start sorting out my sewing shelves in the cupboard and look what I found!  I'd moved it downstairs a couple of years ago (I think I mentioned it in here) and had forgotten about it but now I'm more or less at my forever size, there's nothing stopping me making and wearing a genuine vintage Clothkits skirt (and maybe top too although I'm not sure about the top really, I might make it a little girl's skirt instead. 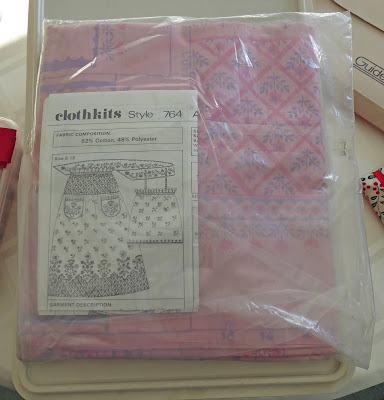 I have another kit too, that I cut out decades ago and never got any further with.  It's cut out 10 to 12 so will be rather too small now, all the buttons and sylko, etc, have disappeared and I don't think I'd wear it anyway, but I'll think about it and see.

I have no idea how old either of them are but they have to be at least thirty five years old.

Today was going to be an adventure - a coach day trip to Bruges with Jackie.  However, given the current situation, the fact that both Jackie and I are in the vulnerable group for more than just the age reason and given that all my descendants (for want of a better term) are health compromised in one way or another, we're not going.  Very disappointing but others are coping with worse; a good friend may have to cancel a planned holiday to sunnier climes next week.  One just has to be sensible and that's what it feels like - being sensible.

However, we were determined not to mope and, as we both love Hyde Hall, that's where we're going today.  Driving there this morning, having a nice lunch there, looking at all the bulbs and other signs of spring, coming home again just before the rush hour after stocking up with summer bulbs and maybe a plant or two before we leave.
It should be much safer, out in the open air and not particularly crowded.  We will enjoy ourselves!

In the evening, just to finish off a lovely day, it's pottery!  I have some dishes to glaze, one to neaten off before its first firing and a few ideas to think about.

So we will not get to Bruges but we will have a good day, all the same ans the sun is shining.  Probably plenty of photos tomorrow!
Posted by Joy at 07:22