Good morning, everyone.  Wasn't it a glorious day.  Today looks like being similar too which is great for all those who are able to take the bank holiday.  My sincere thanks and appreciation to those essential services for whom bank holidays are a dream, something that other people have. 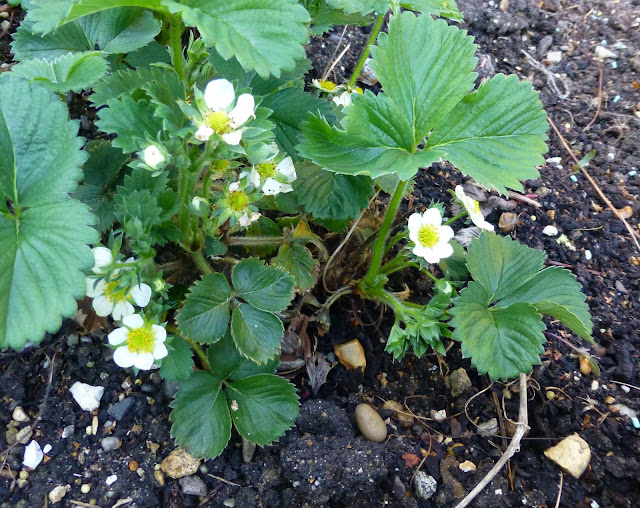 Yesterday was great.  By mid morning I was feeling fine again so I went into the garden and blitzed everything that needed doing, weeds, paving, sweeping, clearing the bulb leaves and so on (maybe too early but I was fed up with the mess), after which I sowed some seeds.  All being well, I/we should have
yellow courgettes
baby corn
chilli peppers
cucumber
gardeners' delight tomatoes
sungold tomatoes
runner beans (white and red)

The courgettes, corn and cucumber are for the allotment.  Some of the beans and tomatoes might be, depending on space.

I sowed some runner beans in the ground but, if they don't come up as they didn't last year, I have more in pots to replace them.  If they do come up, we can have some down the allotment as well.
Now it's a case of keeping them alive. 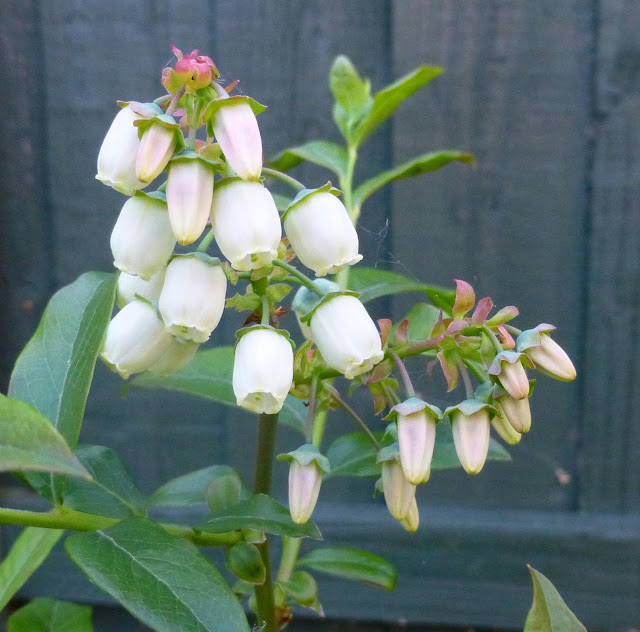 I have a number of blueberry flowers on one plant but not so many on the other - yet.  They are different types so maybe that's why.  There's lots of growth on the tayberry so fingers crossed this year and the strawberries are looking fantastic.  The autumn raspberry is sending out strong leafage but I don't expect that much fruit this year as it's the first year.

Also the herbs are coming on well and I'm already picking them.  Also the plant that I think is a passion flower and which died back over winter is sending up several shoots.  It didn't get anywhere last year: maybe it will this.  If that's what it is, of course.  If not, I shall see what it turns into.

Now I've cleared the middle bed, the flowers are coming on.  Two strong clumps of pinks and the phlox candystripe is spreading nicely, the irises have spread a bit and, as usual, I had to dig out several spreading clumps of the Japanese anemone.  I've lost the two fuschias in pots but the one in the bed is sending up growth while something is coming up near where I've planted the runners - not sure what but it isn't a weed. 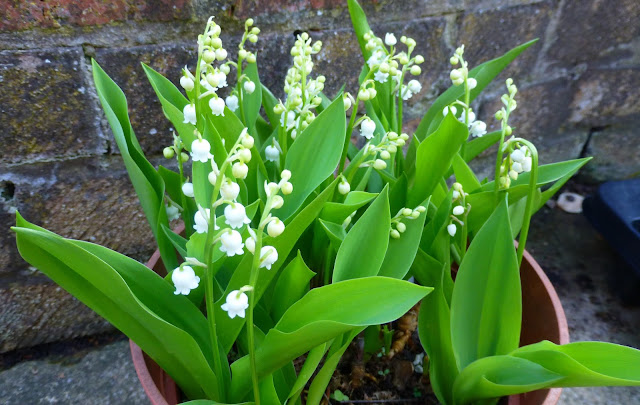 I nearly threw these out last year because they were all leaf and no flowers.  I'm glad I didn't; they're one of my favourite flowers!

Not bad for a little garden with minimal growing space.

Today it is swimming followed by a rest and then Beth and I are allotmenteering pm.  I think we need to get the potatoes in today and I'm hoping that she can fork over the soul and then I can sit and clear the weeds from the rest of the big patch.  There's bound to be weeds on what has already been dug over and I will either dig them out or hoe them down, depending on what they are.  The potatoes have sprouted well or is that 'chitted' well?  If there's any left, they will go in bags in my garden like last year.

Should be a good day and I'll probably sleep most of the evening!  :-)  What are your bank holiday plans?