Wasn't yesterday a misery day?  It was here, for sure.  Before popping out to Aldi for an early shop, I pegged a load of washing out, and when I got home I had to unpeg it hurriedly as the rain had started.  It dried all day inside so I decided not o do my second load but wait until today when there is a much better forecast.

I did a basics shop and, to my delight, the strong flour is back on the shelf again.  I bought a bag of each which is enough to keep me going at the moment as I'm not eating all that much bread and make just one loaf a week for a friend.

For most of the rest of the day I was dreadfully lazy and watched a load of stuff on iPlayer.  Things like Only Connect, University Challenge (the OU won, three cheers), An Extra Slice, I'm a Doctor, Trust Me, and so on.  I'm not more or less up to date and all viewed out!

Last Thursday I had decided to spend most of the day at Sutton Hoo.  Briefly, for those who don't know, Sutton Hoo is an old Saxon burial site that was not discovered until just before WW2 when the owner of the property asked an archaeologist if the strange mounds in one of the fields were of any significance.  The rest is history and the story can be found here.
https://en.wikipedia.org/wiki/Sutton_Hoo

When I arrived, I was advised to view the exhibition first and I'm glad I did, for reasons that will be evident further along.  It was an excellent exhibition, clear, colourful, informative and with a short film that set the scene, told the story and had signing and subtitles.  Full marks, National Trust. 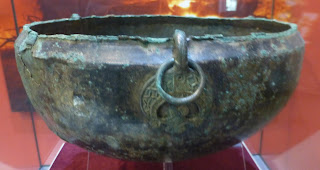 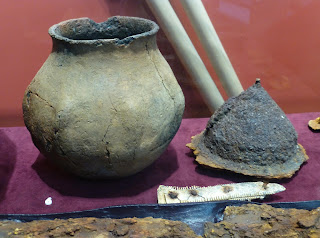 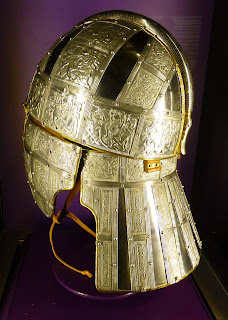 During a coffee (good coffee too), I looked at the maps and made my plans.  There were a number of walks marked but I decided to do the one that took me round the field with the burial mounds, then have lunch, then visit Tranmer House.

It was a lovely warm day so the gentle stroll was an absolute pleasure.  I'm not convinced that summer is the best time to view the field though.  The grass was high and there was a lot you couldn't see, even from the viewing platform.  Better to go in winter when the vegetation has all died back and the smaller mounds would be clearly visible. 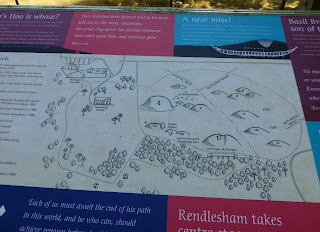 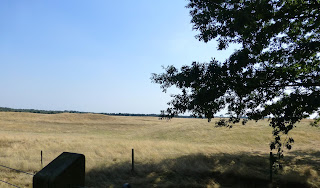 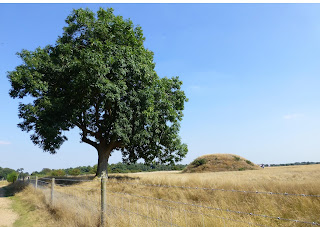 Nonetheless, it was fairly awesome, in the light of what I had learnt from the exhibition and I could see with the eye of the mind, so to speak.  I could have taken a guided tour, decided not to and realised that was a mistake.  Next time . . .

There were some lovely views as I walked around. 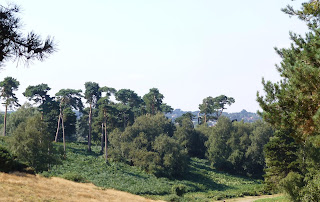 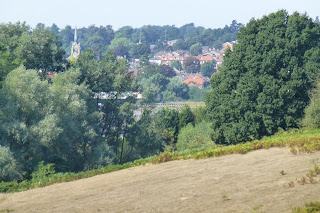 Tranmer House (formerly Sutton Hoo House) is where the owners of the estate lived.  It's a beautiful old Edwardian house.  The upstairs has been converted into three holiday apartments for rent while downstairs is partly office space with some rooms kept in the decor of a 1930s house for a very hands on experience.  Even the piano can be played (with permission) and there was only one item that we were asked not to tough or sit on - a rather battered chaise longue.  It was very interesting and I forgot to take photos of the interior which annoyed me afterwards when I realised! 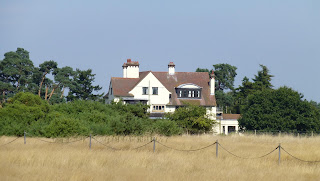 After all that I headed off and ended up at Snape Maltings.  I'll have to go again as I didn't have a lot of time and was a bit concerned that where I had parked wasn't really where I was supposed to be parked, but there were some fine shops, very interesting, and the setting was lovely.  Maybe, one day, I will go to a concert there.  After all, I do have a B&B I can use overnight, don't I?

So, back to normality again.I have a friend arriving later on this afternoon so I need to prepare for that.  Beth' s coming this morning but not staying for lunch.  I will be going back there but, for now, life moves on again.