Good morning, everyone.  It's a clear, rather chilly early morning and the weather forecast looks wonderful - sun all day and up to about 11C which means probably a bit more.  Wouldn't it be great if it were warm enough to have coffee in the garden?  Fingers crossed

Well, it took me longer than you'd think to sort out the front patch yesterday, considering how very small it is.  I did a thorough job though.
I forgot to take a before photo so you'll have to take my word for it that it was scruffy.

See what I mean - small! 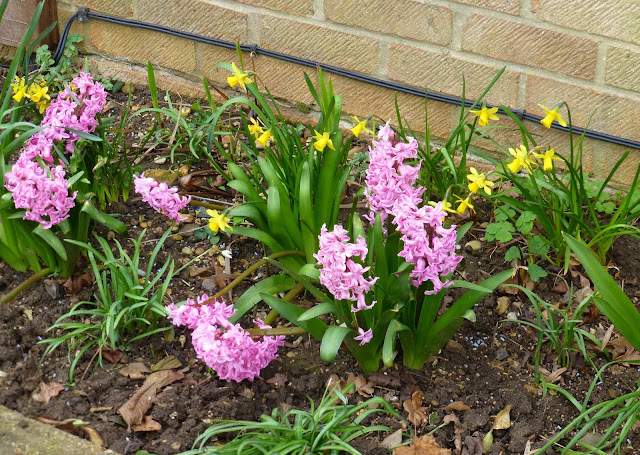 On this side the bulbs are on the way out now but it's been very pretty.  The aquilegias and the crocosmias are coming up to take over and we just have to get over the tatty bulb leaves stage. 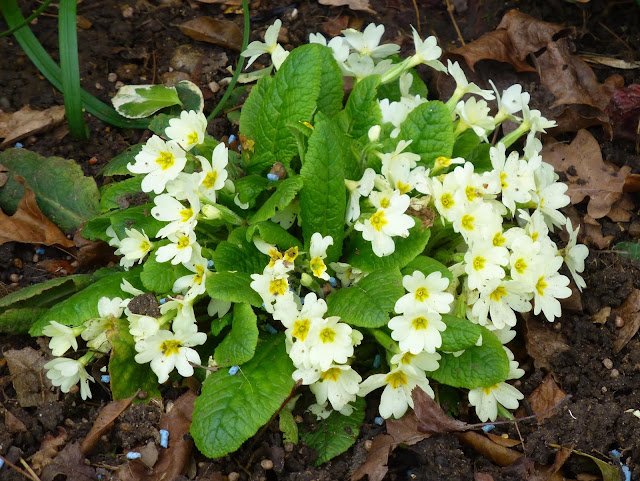 Probably needs splitting once the flowers die back but it is lovely.  I had cowslips too but they've not come up for the last couple of years so I have obviously lost them. 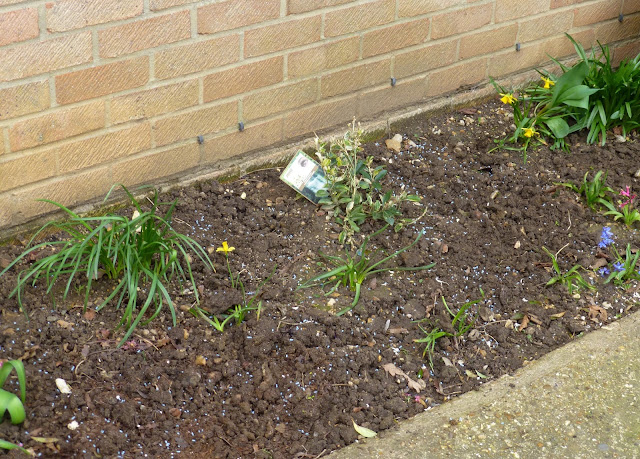 This side is boring but I've planted some summer bulbs/corms so maybe it won't look so dull in two or three months' time.  I've also popped in the snowdrop bulbs and the mini-irises that I brought home from Anglesea Abbey so they should look lovely next year.  In the top-right corner the bluebells are growing well. 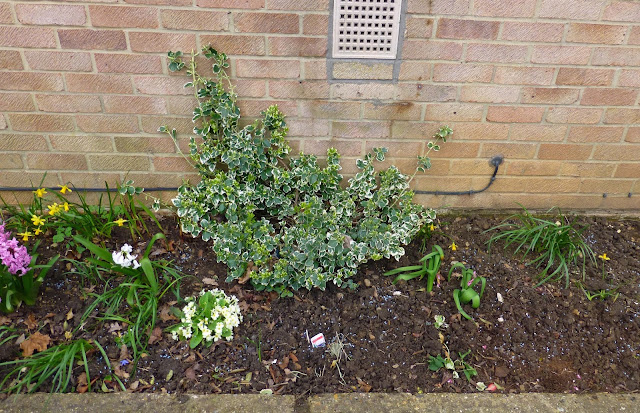 And this little bush gives colour all year round.  There's loads of buds/shoots on it this year after a few dodgy years.  Maybe it likes the colder weather.

I tossed down some slow release fertiliser and some slug pellets (safe for animals, not safe for slugs)


I also tidied up another corner at the back but it was getting cold so I went in and a short time later it started raining so that was that.

Today I have holiday tuition first thing and then another in the afternoon and that's that for the fortnight, I think, and the cleaner is coming round too.  Later on I have a friend and her daughter coming over for a cuppa so I will dig some banana bread out of the freezer.  Not for me though, sadly, which is a shame as it's delicious.

If it is fine, I'll work on another corner between all the other stuff and maybe sort out some pots/planters too.  If nothing else, it should burn up a few calories.

So that's the day more or less sorted.  Fingers crossed for that promised sunshine.