Good morning, everyone.  Thanks for the nice comments about the allotment yesterday.  I thought I'd dig out an old photo from a year ago to compare.

This is when we started on it last year. 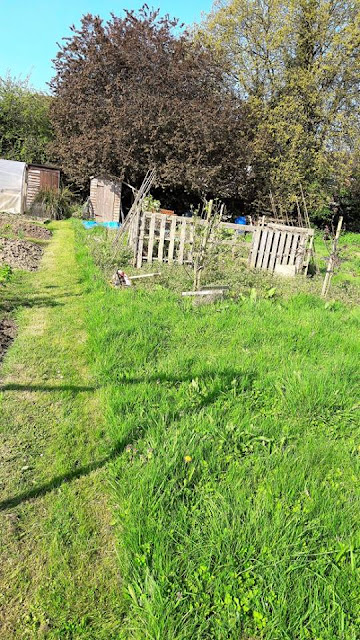 And here's the day before yesterday, taken from the other side.   About half of that strip has now been done as well The polytunnels are not ours. 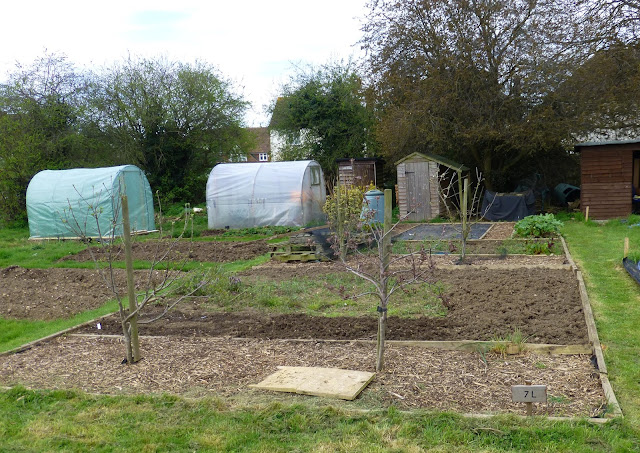 As we keep on telling each other, we'll get there.

I'm having a day off from allotment duties today as I am having my blood pressure monitored for 12 hours and I really don't want to dig while attached to medical stuff, however small it is.  There's plenty to get on with around here including a stack of ironing and more washing, preparing the guest room, and the ever-present planning (not a lot of that though).  I also want to make a vegetable and bean 'mixture' for the freezer to sit alongside the other stuff I have made recently so that post op I don't have to do all that much cooking.

After making the rhubarb cordial the other day (lovely stuff), I found a recipe for orange and lemon cordial which is remarkably similar to the one I used to make when Beth and Dave were tiny, both in ingredients and in method.  Then it was called St Clements squash.  Anyway, I shall make some but I don't have any citric acid so have had to order some for Amazon and I'm going to have to wait until it arrives.

I have some rhubarb to cook, some bread to make and, generally, I will happily potter around my home all day.  No complaints here.  And all the time, every ten minutes, I will have to stop and relax while the machine checks and records my blood pressure!  Yippety-doo!