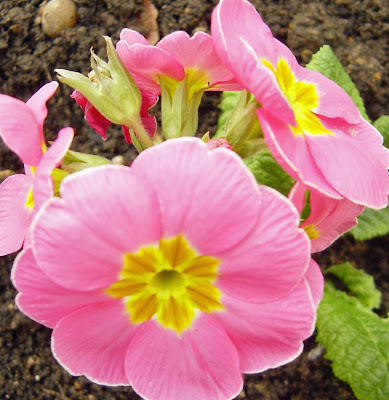 . . . and SEN day, although, as I spent a lot of time earlier in the week on SEN stuff, I am taking some of the morning for coordinator time and PPA as a straight time swap.

PPA used to be on Fridays and it was jolly useful having it right at the end of the week with the next week's plans much more clearly defined at the end of the previous week than almost the beginning. Also, Y1 has an educational visit on Monday and it will be jolly useful to have the time to prepare the work sheets, etc, for both classes without needing to come into school tomorrow.

It's jolly cold outside at the moment. I opened the door earlier and closed it again, quickly. I don't think there's a frost, but the air does feel icy. Fingers crossed for sunshine to brighten us all up and to warm the air! With all the early flowers this year it's easy to forget that it's only the beginning of March and, possibly, there could still be some very cold and wintry weather to come. Let's hope not though - I'd much rather think ahead to sunshine and warmer conditions, sitting out in the garden and enjoying the fresh air, reading a book by the open window . . .

It's easier to feel optimistic when Spring is on the way. The flower in the photos was from the garden centre, but it's now living happily in the back garden and cheers me up each time I see it.