Good morning, everyone.  It is home sweet home for me after a really excellent journey home yesterday.  Driving on the A12 is a whole lot better on Saturday than it is on Friday and I had absolutely no holdups whatsoever apart from the occasional roundabout.  It was busy around Ipswich but not slow and round Colchester was a doddle!

I stopped off at Sainsbury's on the way home for provisions and had intended to get one of the car washing men to do my car but they weren't there.  I've never known them not there on a Saturday before.  D'you think they knew I was coming?  Grumble, grumble!

Once home. I unloaded the car and got going.  Most of the stuff is now away again, all the washing has been done and half the ironing.  It all took longer than I expected and I was then glad to sit down and catch up with some of my telly recordings.

So that was yesterday.  Today, I will finish off the tidying up, type up my meal plans, get the ironing finished, prep for a bit of tuition and go for a walk.  It won't be a beach walk, sadly, but it will be a country walk.

The garden has come on.
The runner beans are not at the top of the archways and there are more flowers, although no baby beans yet.  There are loads of little tomatoes, loads of baby cucumbers and one nearly ready to cut, a few baby chillis, some unripe blueberries and some ripening fruit from the tayberry-that-refused- to-die at long, long last.  Not loads but enough to keep the hope for future crops up.  Finally, the autumn fruiting raspberries are starting to bud. 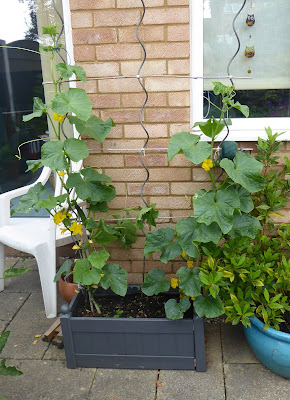 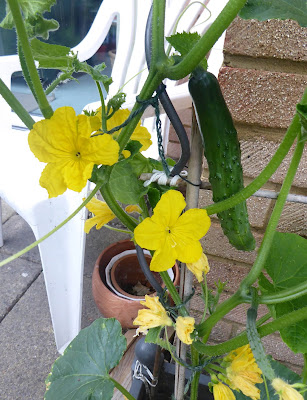 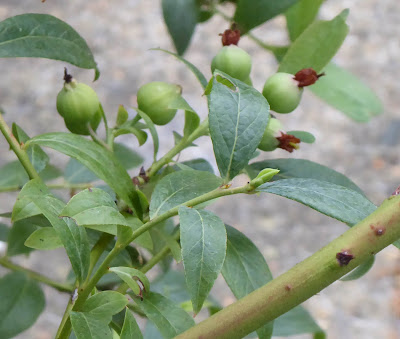 The tayberry-that-refused-to-die - the darkest one, out of focus, at the back is the ripe one. 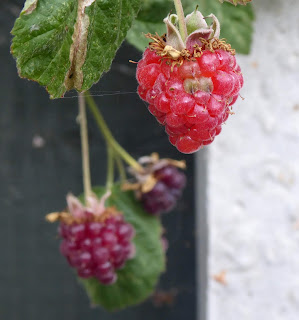 Tomatoes - barring accidents and blight, it should be a good crop 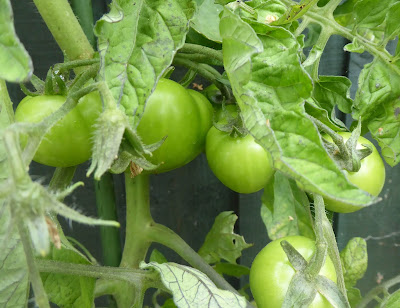 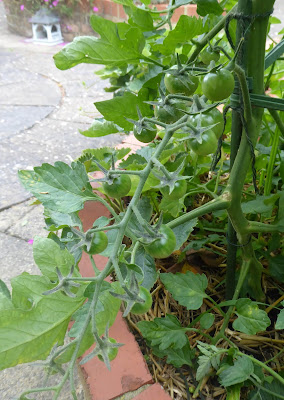 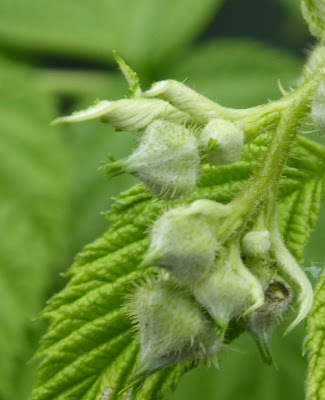 Better give them all a good feed today!

It's dull at the moment because it's early, but the sky looks pretty clear so we may get some sunshine, fingers crossed.  Have a lovely day.  xx
Posted by Joy at 05:27