Good morning.  After some rain yesterday, it looks more promising today as far as one can tell so early in the morning and the forecast is good - sunny intervals and a gentle breeze.  It probably won't get into the 20s (says the BBC) which suits me perfectly as I want to do the walk and ferry to Walberswick today and will work up a good heat, not to mention wearing my walking shoes.

Here's a couple of photos of the B&B - what I saw when I arrived there with the blessed 'vacancies' sign and the living room in the studio apartment, rather messy because I had moved in by then. 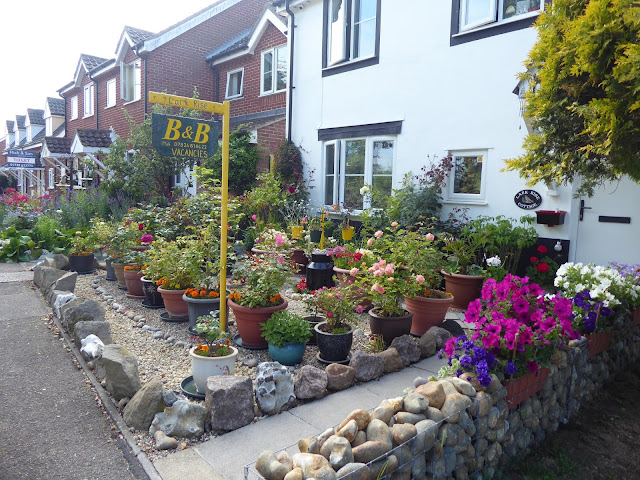 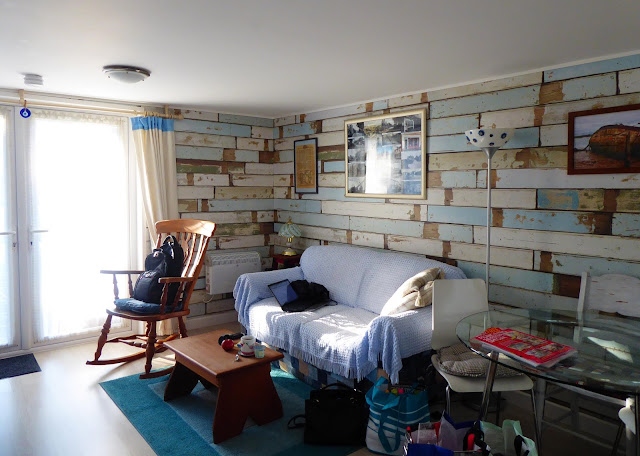 After saying farewell to the B&B couple, I drove back into Southwold and parked at the pay and display next to the Sail Loft.  A fiver buys 24 hours of parking and, while I didn't need that long, I might just have gone over from the next time down and anyway, it's just another pound between friends, so to speak!  I spent more than that on an ice cream!!

I strolled along the beach back towards the town, meandered on the pier, looked up and down the high street, walked back and along the other way to the harbour, had an ice cream, had my lunch and walked back to the car.  By that time it was raining so I went into the Sail Loft and had two rather nice coffees and read my Kindle for a while.  Then I drove to where I am now and parked the car outside, changed from my fold up mac into my proper coat, dug out my brolly and walked again, first up to the Adnams shop (of course), then down to the butcher's and into Tesco and then into Suffolk Secrets to pick up the key.  I'm now all set up, food wise, for the day.

There's some gorgeous shops here.  I've found a superb cheese shop which I can't really enjoy too much because of SW.  Just as well as I looked at some of the prices and . . . swoon!  There's also a great pie shop and several other small food shops which all look - well, expensive!  There's also a Seasalt clothes shop (oh, dear).  One thing I really do not need is more clothes, not now!
There's also a fair number of reasonably posh eating places which I won't frequent, and a fish and chip shop which sent out temptingly appetising fragrance through the raindrops.  I found one shop that sells seaside rock - there are probably more but the place isn't loaded with them, which is nice, and I saw a really pretty necklace and bracelet set in a 'nicknack' shop on the pier that I will may get later in the week as a momento.

A few photos . . . a classic of the beach huts (I'd love one), waves, a George Orwell mural on the pier and the view back to Southwold from the sand dunes. 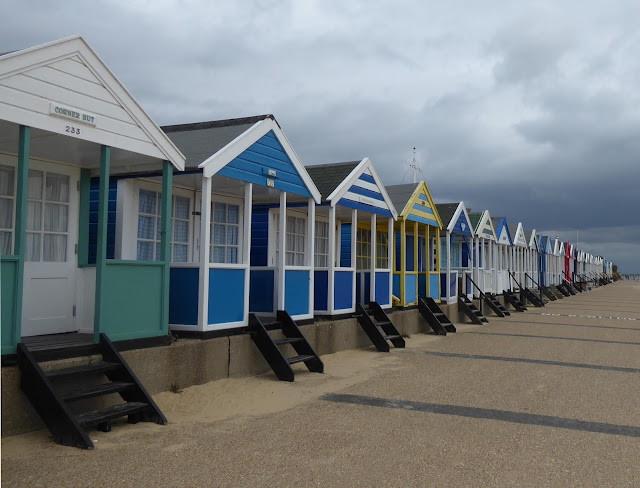 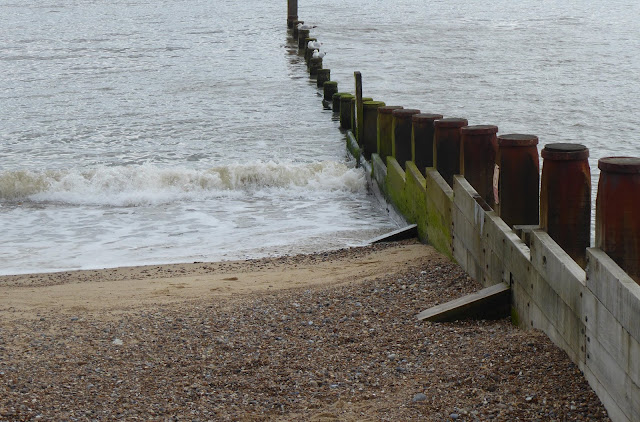 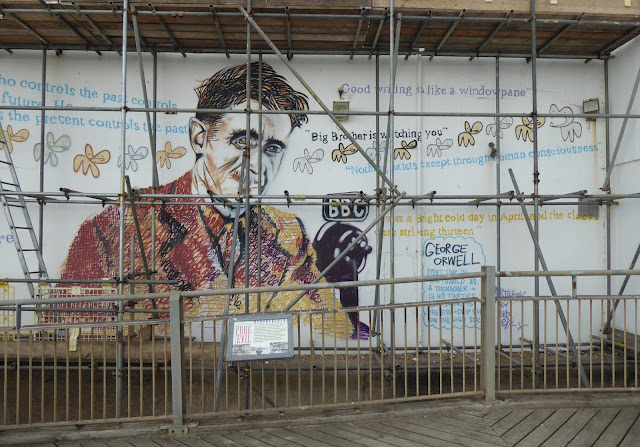 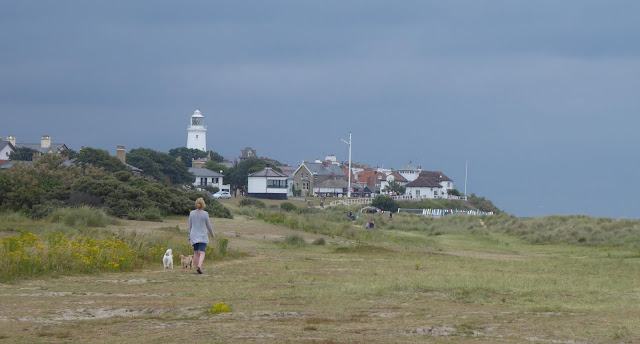 I think my days will fall into my usual holiday routine - wake as and when, coffee, shower and dress, then out for a morning 'constitutional' to get the paper and enjoy the town before it really wakes up, then back for a leisurely breakfast and out for whatever the day's event is.

Today I think I will do the walk to Walberswick, crossing the estuary on the ferry.  I will take a picnic with me and have a coffee somewhere en route.  Then back for a cuppa and, later, to cook and eat dinner.  There's an outside seating area which looks fairly private so if it's warm, I can sit out there and enjoy the sun which has emerged as I have been typing all this - hope it stays around!

To finish, on Thursday, my 'tutee' gave me some flowers as a thank you.  I brought them with me and they are brightening up the room nicely. 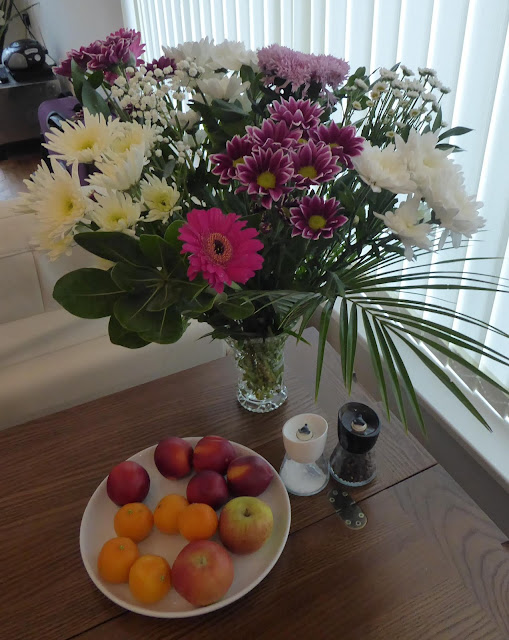 I think it is time for another coffee!
Have a lovely day, everyone!  xx