Good morning.  I have woken to some very, very happy news.
For the last four and a half days, my daughter's beloved cat (one of them, anyway) has been missing, AWOL, causing some extreme anxiety and deep unhappiness for Beth and Alex.  For longer term readers, Indie was the mother of those lovely litters of Tonkinese kittens I posted about in the past, although she is neutered now and getting elderly.
When that happens, you imagine all the worst things, don't you, and the chances of ever knowing what happened are quite remote.  Beth and Alex had started leaflet dropping in the neighbourhood, done the Facebook publicity thing, etc, and I was going to print out another load of leaflets for rather wider distribution today.

However, overnight Inds came home again, very stressed, starving hungry and glad to be home.  She's eaten a shedload of catfood, hidden under Beth's bed for a while and is now, I gather, out and accepting love and fuss.
Obviously, I was worried about Indie, but even more worried for Beth and Alex.  There's nothing you can say or do that makes things any better in a situation like that and I am just so glad and happy that she is home again and seems none the worse for the experience, physically anyway.

Such a good start to a new week.

Back to yesterday.  After finishing off the ironing, etc,  I went for a walk, just an hour around the local coutry roads.  It was very pleasant and I took a few photos.  It's just a shame it's so very flat around here - a few hills and dips would make it very attractive.  There's plenty of  brambles flowering so guess who will be back, punnet in hand, later on in the year! 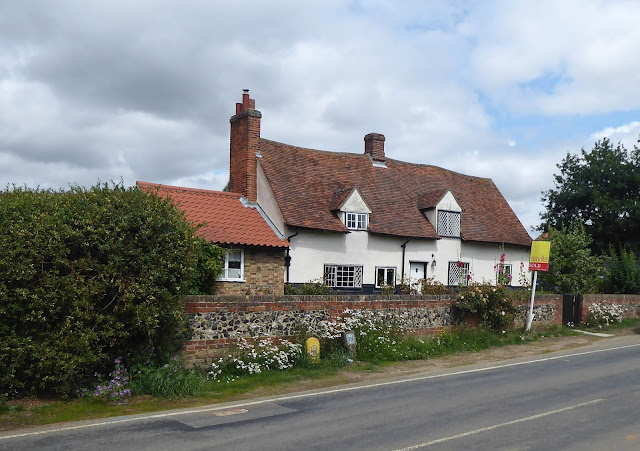 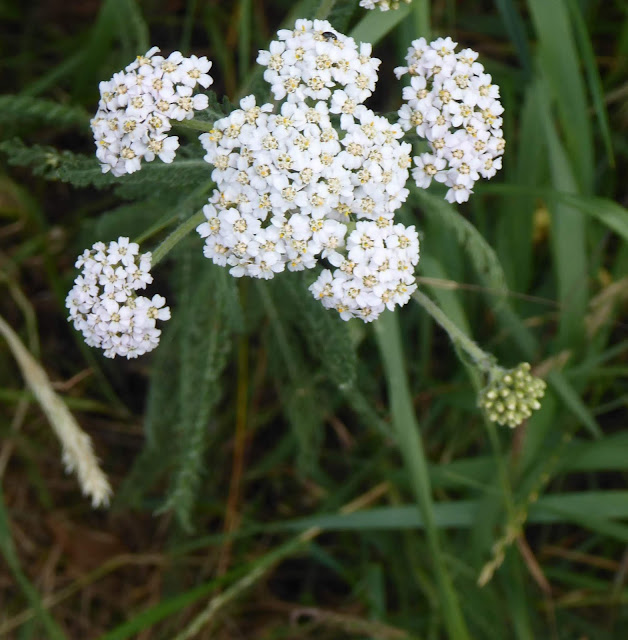 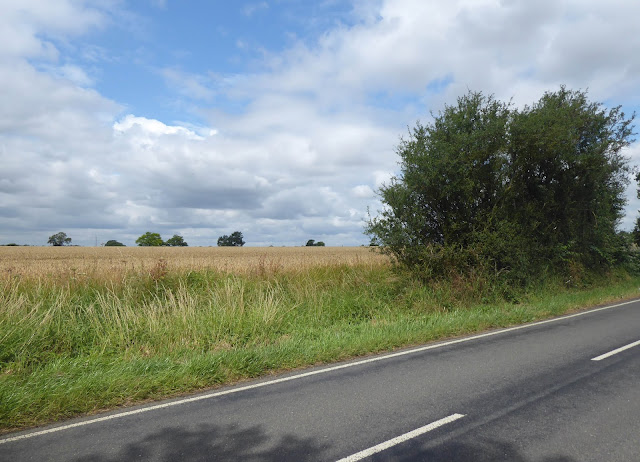 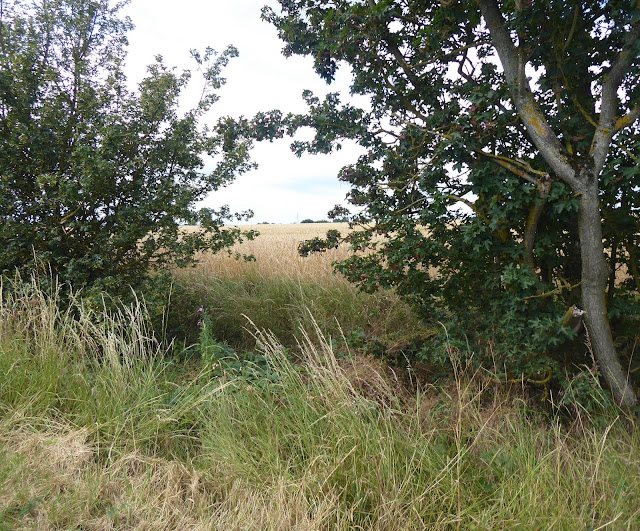 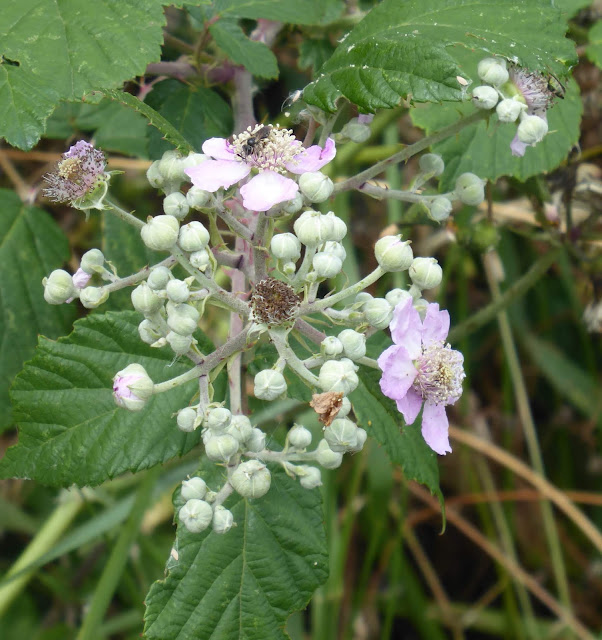 When I arrived home, nestling at the bottom of my front door, was this. 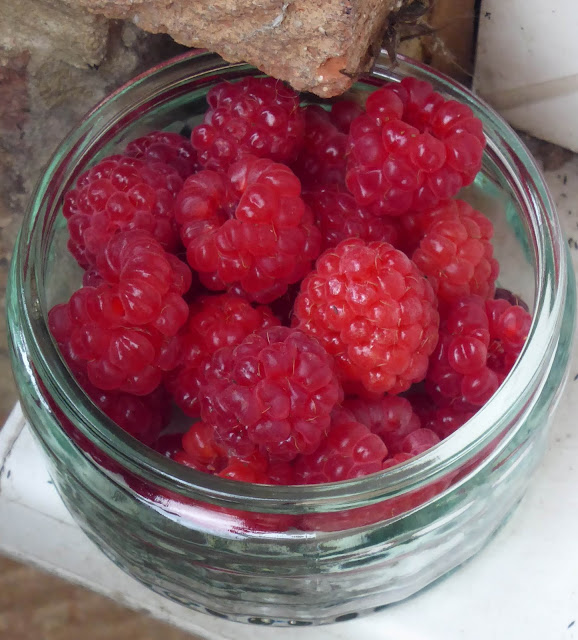 From next door's garden and very, very delicious.  She's top of the list for a cucumber in a few days' time - I have two almost ready to pick, not just one - the other was doing an Indie and hiding!

I have also noticed that the chilli plants is peppered (excuse the pun) with little chillis  which should be pickable in three or four week's time.  I must start looking up ways of preserving them. 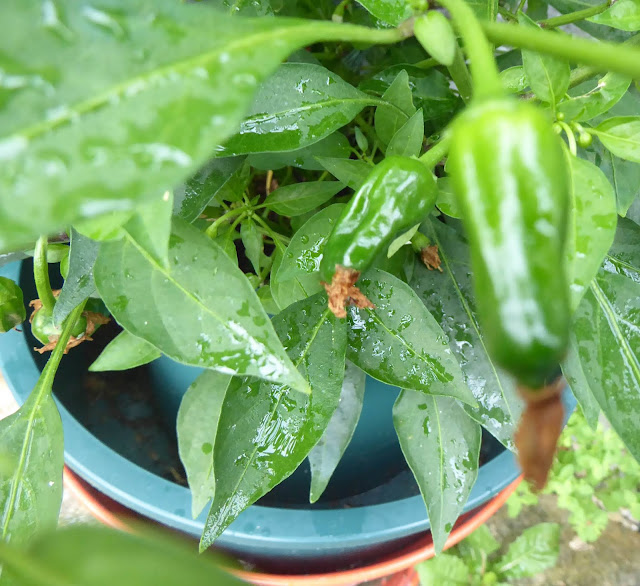 Today starts off with joy, of course.  I intend going for an early morning swim before the usual daily stuff - tidying, bit of cleaning, sorting out the kitchen for the day and so on.  Later on, Beth is round and I have tuition this evening - definitely back into the daily round now.

There were, I noticed, a number of footpaths marked on yesterday's walk so I must look them up.  It's a bit shameful that I've lived here over thirty years and don't know the footpaths but it's never too late to start, is it?

So that's today.  Nice and ordinary with, hopefully, no hidden traps along the way.  Have a good one too, all of you!  xx
Posted by Joy at 04:48