Good morning, everyone.  The sun is shining and it promises to be a really lovely day.  Bring it on!

Yesterday was a funny old day really.  Started well, took a dip and came back up again.  Yesterday, I wrote 'the other side (of Braintree - referring to the drive up) is simple . . . '

I really should have known better.

The bit of the journey I wasn't looking forward to, getting through Braintree) turned out to be relatively simple, with the help of the sat nav.  The rest should have been a doddle but when I got to the roundabout to get onto the A 131, there was the dreaded 'Road Closed' sign.  Oh, poo, especially as I have no knowledge of country roads around there.  There was a diversion signposted so I took that but became more and more concerned as it took me (and lots of other traffic) onto the A120 and off towards Colchester, almost in the opposite direction!  I drove along for a while, the diversion signs petered out, the sat nav was doing its nut (and mine), telling to do U turns and I ended up turning back, stopping, looking closely at the map on the sat nav, remembering there were signposts to the castle from Halstead, resetting the SatNav, setting off down the A 120 again, ignoring a few turnings that looks very 'country' and finally turning off near Coggeshall from whence I was well directed to Halstead and from there to Hedingham.
I was only an hour late!!!!!

Once there though, things looked up.  I'll post some photos below.
Hedingham castle was built around 1140 and is very 'Norman' - austere, forbidding and dominating with few external frills and fancies although there is supposed to have been an inside well and there are also inside loos.  It's basically one room on four floors with a few off rooms (like the loo and a little chapel).

I won't go on about its history - there's info here.

The bluebells were, frankly, not worth seeing.  They were pretty much over, their blue had faded and the nettles were taking over.  However, the actual walk, which was quite short, was really lovely.  Called the 'Valley' or 'Forest' walk, it goes around the keep and is what was a pretty substantial moat.
As the properly is privately owned, there's a very posh house to the side and the walk takes one through the garden with a very pretty lake at the bottom.  A splendid view from the bedrooms.

One actually accesses the keep via a Tudor bridge which goes over what was the moat.

The drive home was much better.  I just did a series of town hops - to Halstead, then to Coggeshall which got me onto the A 120.  After that, I knew where I was and the drive back through Braintree (I am so glad I did that way) was no problem.

Over the last few months I have hit three road closures on my way somewhere and each time the diversions have been absolutely rubbish, taking me miles out of the way and poorly signalled as well.  Yes, I'm having a grumble!  The A 131, for all it looks like a B road in places, is a main road taking lots of traffic up towards Bury and beyond.  You'd think they could manage to keep it a bit open with traffic lights, wouldn't you? 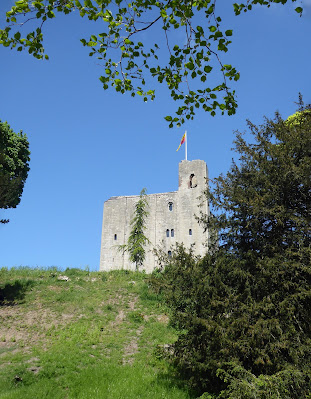 View from the car park area. 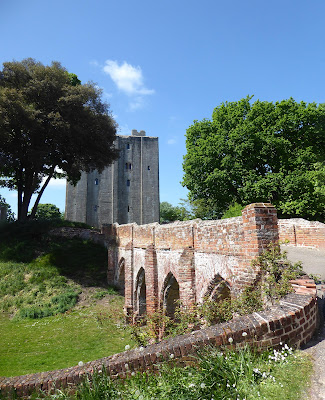 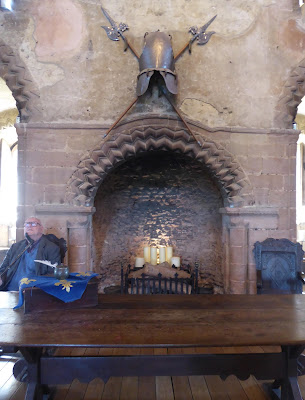 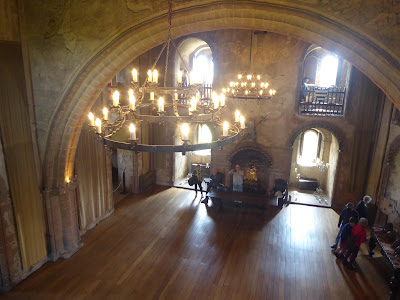 Internal view from the minstrels gallery.
The floors are all modern.  There was a bad fire in 1918.  The keep had been used as a signalling station for aircraft and the soldiers manning it were careless.  An awful lot of historically important furniture and all the ancient plastering was destroyed which is very sad. 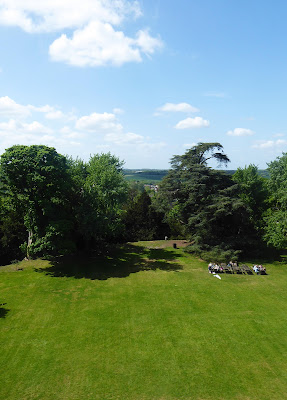 External view from the gallery - that little splash of colour on the right is picnic tables with people enjoying the sunshine. 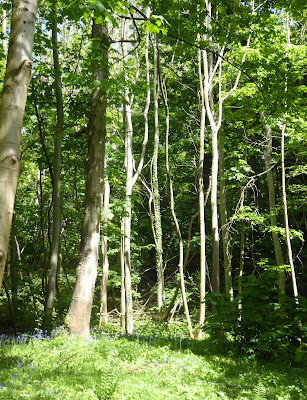 Walking along the moat valley 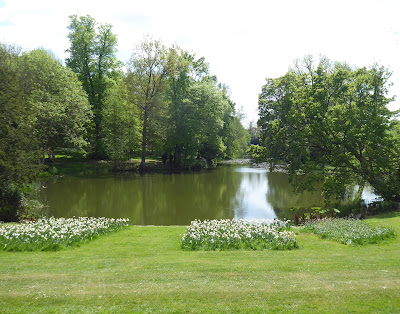 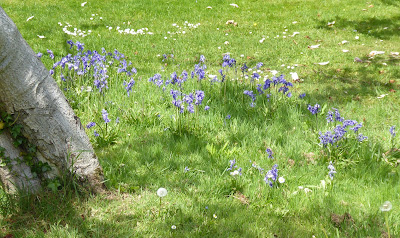 A sample of the bluebells!  Two weeks ago they would have been beautiful.
Apart from the drive there, I really enjoyed myself.  It was warm and sunny, not at all crowded, not commercialised and I will be going back again, perhaps earlier in Spring.
Today's plans involve a small shop (I am out of salad stuff which would never do!) and circuits at Lindsey's.  No tuition - which feels very odd!
I found this on Facebook and I offer it to all Yr sixes, everywhere, who are taking their KS2 SATs this week.  It says what I think. 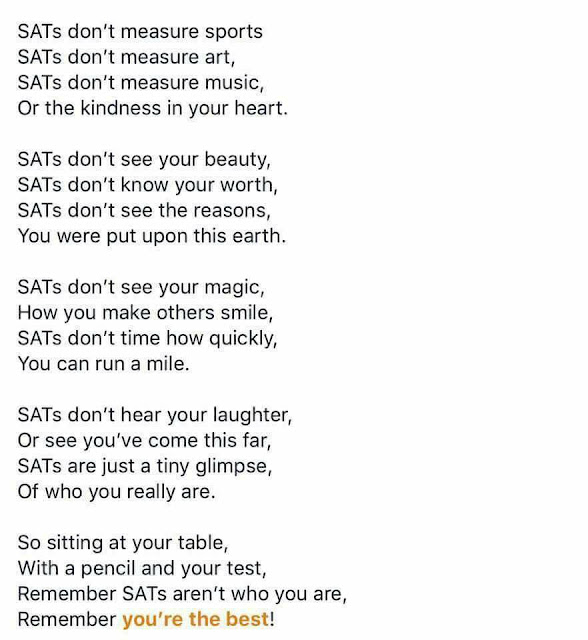 Have a great day, everyone.  xx