After posting today's blog, I popped back into the garden to take some photos.  It's very dull so quality is not great but you'll get the idea. 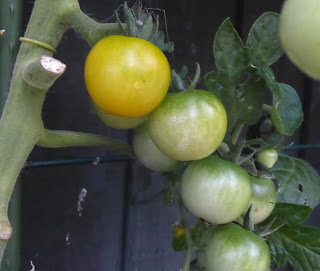 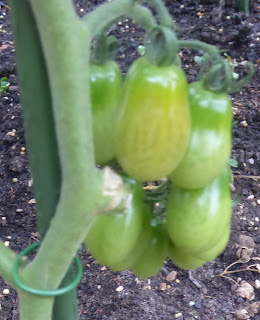 The first time I've grown these.  They're called Floridity and I had two plants but lost one down the allotment.
(ooops, focus again) 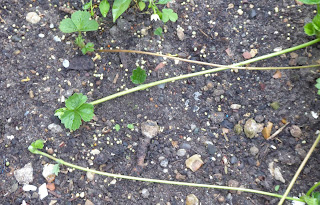 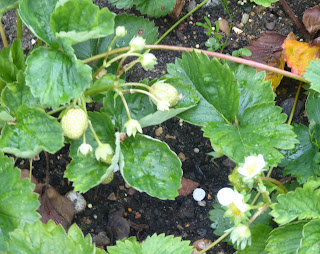 But this year's are still producing which is rather nice. 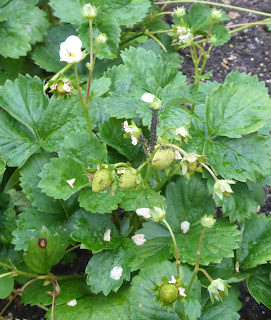 Several of them too.  I'll take that! 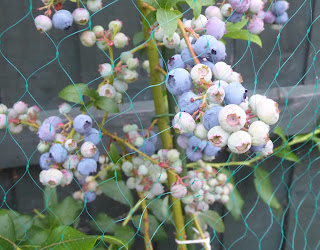 A goodly number of blueberries to pick. 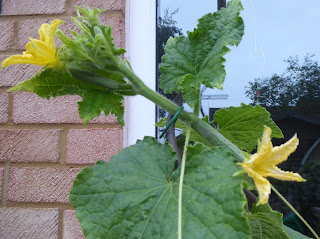 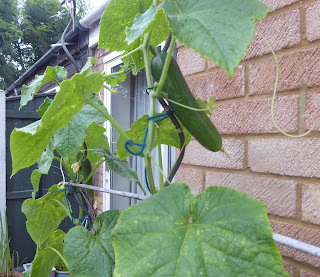 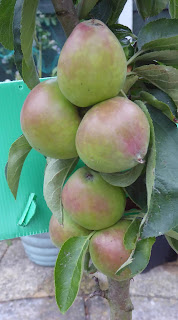 The new 'Flamenco' apple seems to be happy enough.  One apple fell in the June drop (in July!) and the others seem a bit crowded.  I should have thinned them but didn't have the heart first year.  Next year, when there are more, I will. 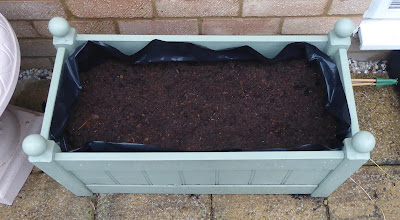 With the gardener's eye of faith, here's green beans at the end of next month, all being well.  French beans next to my back doorstep - how continental. 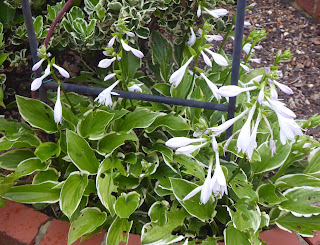 The hosta is very snail nibbled but the flowers are good this year. 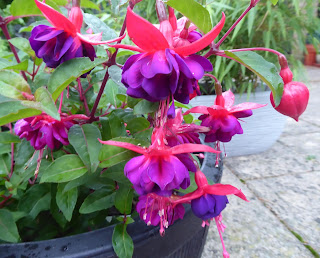 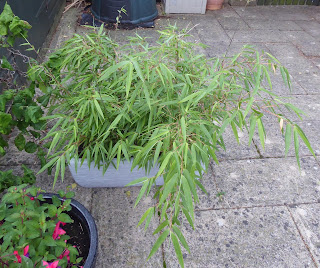 Finally, the new fountain bamboo seems very happy.  The other bamboo, the black stemmed one, is slower growing but also doing well.