Yesterday was just one of those lovely days that you get now and again.  It wasn't an easy day: I was busy from morning to night with hardly a chance to take breath at times.  Morning play duty, afternoon play duty plus something I hadn't expected, in charge of the school over lunch time with an unexpected recorder club to take for K.  As I already had rather a lot to do, it was rather awkward, but I wasn't going to say no as K looked so concerned.  No time for lunch, but that wasn't necessarily such a bad thing (rueful smile)!

Maths was a practical session based on sorting using a Carroll diagram.  This, if you've never heard of the term, involves thinking not only about the properties that an item has but also which properties it does not have before placing it in the correct part of a grid.  I felt it was a highly successful session and one that a teacher would wish could have been observed!
After play came just about my most favouritest lesson of the entire year.  As our theme is 'long, long ago', and linked to our trip to the museum, we are looking in detail at some old objects, talking about what they might be, what they really were for and so on.  Yesterday it was the turn of the chamber pot.  Well, we got the usual suggestions - a mug, a flower pot, a vase, a teapot, a serving bowl - but only Mischievous Little Boy got anywhere close.
'It's a wee pot'' said he, triumphantly.
'Ewwwww' said everyone else.
Actually, we had a lot of ewwwwws through the lesson, especially when we got to the bit about putting it under the bed!!!  Not nearly so many sniggers this year though - they're really such a lovely little crowd.

And then, in the afternoon, they drew the chamber pot and designed a pattern that could decorate the pot, based on William Morris designs.  They were brilliant.  Well, the shapes of the chamber pots were somewhat - er - distorted - at times, but they worked so hard and did such lovely designs, I gave each house a housepoint for doing so well!

I took photos of some of them - sorry about the colours: I haven't had time to edit them.  They did their work on white paper, honest!
Some aren't finished yet but  I hope you like them as much as I do. 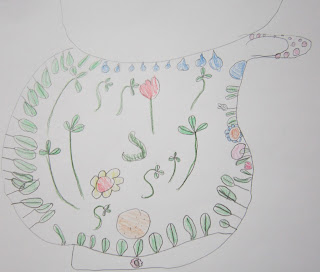 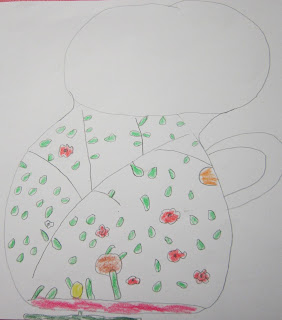 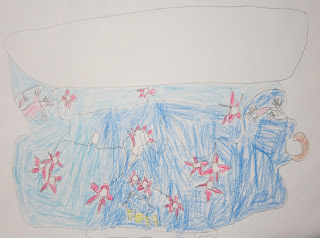 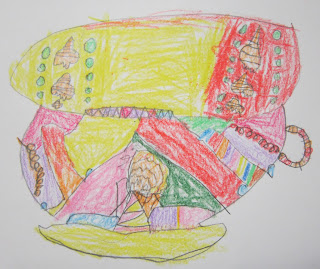 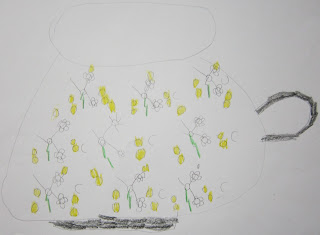 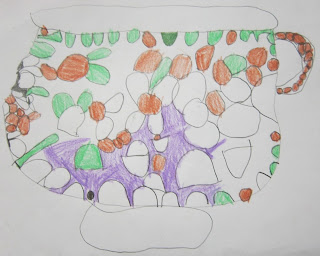 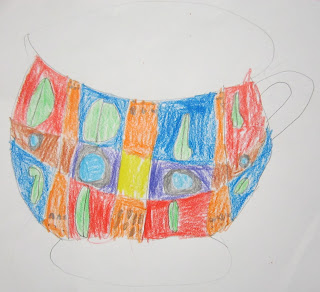 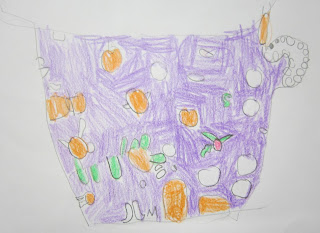