Morning, everyone.  There's another hard frost outside and it's jolly cold so fingers crossed for another lovely and sunny winter's day today, just like yesterday.  It's so lovely to get some settled weather again.

Yesterday was a good day.  I got my indoors walk done plus some of Lindsey's workout as well so that started the day off well.  At knitter knatter club, one of the girls had got her huge ball of yarn into a right tangle so I spent the time unravelling it for her, something I always find strangely satisfying and very relaxing.  You have to be patient and take is slowly and gently as any hasty tugs will result in a tighter tangle.  I remember when I was little, Mum used to buy her yarn in hanks which I had to help her roll into balls.  I enjoyed the actual winding but found holding the hank between my two little hands made my arms ache.  Anyone remember doing this too?

After that and doing my bit in Foundation Stage, I popped over to Morrisons as I'd forgotten to get peppers in Aldi and can't manage without peppers!

Then it was tuition which went well.

Today is a thing sandwich.  The bread and butter is SW group first thing and tuition late afternoon and the filling will probably be a walk in Roxwell.  It won't be as long as the Writtle walk because Roxwell is a smaller village and it's a road through village rather than set inside a surrounding road/roads.

I actually know Roxwell - I lived there for two years between London and moving where I am now and that's where my marriage finally cracked and broke so, in a way, not all happy memories, but it broke my heart (again) to leave as I'd always wanted to live in a village.   It's pleasant enough with a pretty church (hope it is open) and enough parking outside the village hall.  I just need to check that I can actually go a certain way - it might be a public footpath but it goes right through a farm so I need to be sure.

I borrowed this view from Google Maps (thanks, Google) 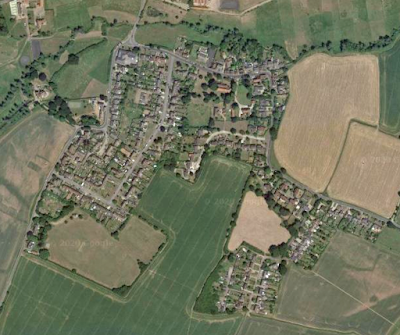 There is a set four mile walk online that looks really nice but it will be terribly muddy at the moment so I will save it for later on in the year when things have dried out properly.  Today I can start off on that walk and cut it shorter by turning right instead of left at one point.  Or do an even shorter walk and spend some time in the church/graveyard where my ex is buried.  I haven't visited there for ages now so it's about time I did really.


It looks like being an interesting day, doesn't it?  I hope yours is good too.  xx