Good morning, everyone.  Last day of September - where has the time gone, eh?

First of all, thank you for your kind comments in here and elsewhere about my photos.  I'm a point and clicker and maybe one in about ten is worth looking at so thank goodness for digital cameras.  I used to spend a fortune having useless photos developed and then, of course, you couldn't crop them or edit them in any way.

The journey back was OK although I have decided I don't like Mansfield.  I went wrong going and I went a different wrong coming back - twice.  The first needed a sat nav save but the second was easily sorted (and no U turns needed).   Once on the A1, I was about four cars behind a wide load with an accompanying van with flashing lights behind it in the outside lane to prevent people from trying to pass.  I bet some would have too.  Fortunately, it was going at between 50 and 60 mph (depending on whether it was uphill or down) so that wasn't too bad but there was an enormous tail back with a few opportunists bobbing in and out until realising that they could go no further.  It did make for an easy drive anyway!

I was shattered last night and went to bed really early but woke at around two ready to start the day.  After a couple of hours of reading, etc, I nodded back off and now have a slight mugginess around my head!

Today I'll be washing and ironing the holiday clothes and resting mostly, I suspect.

Some good news.  Beth has a job!  Now that Alex is off to uni, she needed to get some employment and was anticipating a bit of a struggle, given the circumstances, but she applied on Wednesday, was contacted for an interview on Thursday and was offered the job after the interview on Friday.  Even if it doesn't last long, it's a foot on the ladder and is a definite confidence booster.  Well done, Beth! 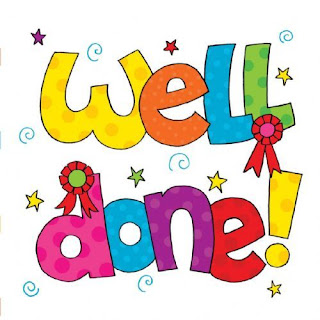