Good morning, everyone.  It's a dull, quite chilly morning with rain forecast, quite a contrast to yesterday which turned out nice and sunny.

Yesterday was quite a day, as I did things I have been pondering over for a while.

I have re-joined the gym.  My membership ran out last autumn and there seemed no point in renewing it at the time.  Of course, gyms open up again on a restricted basis from Monday so I got an (expected) email from them regarding re-joining.  I'd already discussed this with Lindsey and come to no firm conclusion.
However, when the email landed, my immediate reaction was 'go for it' so I have done; after all, I can think of worse ways of splashing the cash and the pension lump sum is mostly still there!!  I've asked for a proper induction this time; before, I just wanted to use the pool but now I want to learn how to use the machines and put together a fitness programme too.

Again, after pondering for a while, I have ordered an exercise bike, just a home gym type, after discussion with Lindsey.  No, I am not bonkers, it's the sort of thing I can do while watching telly so, like my rebounder, I will use it and I look upon it as an investment in a healthy future.
That should come next week (the bike, I mean - the healthy future will take longer!!!).

I really enjoyed my early morning trip to the shops or the weekly top up, treating myself to some salmon, some steak and some lamb leg steaks with the premium bonds winnings.  They're all in the freezer now!

And then, four times lucky, I ordered another bamboo, this time a smaller variety with curving stems that really looks rather attractive and I know just where it's going.  It's hard to explain but I want some sort of 'hedge' effect to the side of the shed, to conceal the compost bin but not the clematis beside it and to still give room to get into the shed.   Give this a few years and some TLC and it should do the trick nicely. 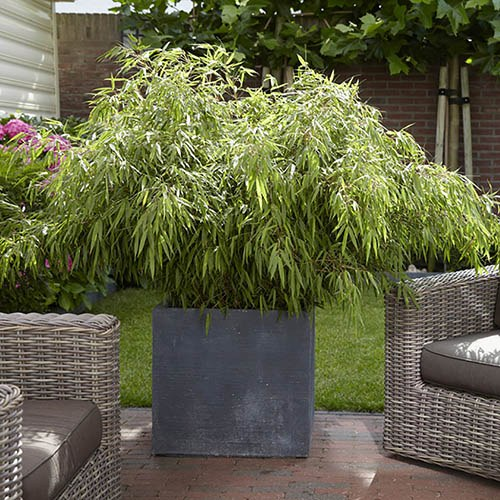 This is what it will grow into and I'm putting it into a longer, rectangular shaped pot.  The bumph says it is not terribly invasive and it will be in a pot anyway!

It was parcels day yesterday.
Through the glass of the front door, I noticed a very tall box.  Funny, thought I, but when I investigated it was the apple tree and the black bamboo.  I hadn't been expecting them, thinking they would take longer to come.
I'm pleased with them.  The apple is about a metre tall and is leafing quite nicely.  Assuming it blossoms this year, I'm just umming and ahing about taking it down to the allotment (in its pot) when the other apples are in blossom, for pollination this year.  All being well, I should have another columnar style tree next year so pollination won't be such a problem.
The bamboo is about half a metre tall and has new growth as well as older canes.  I can see it's going to be extremely attractive and I'm really glad I bought it.
I'll take a few photos at some point.

Then the postman turned up with five - FIVE - parcels.  However, four of them were for Beth and the fifth was the coddling moth traps I ordered - not all that romantic!

The one parcel I WAS expecting, the potting tray, didn't arrive.  Maybe today?  Fingers crossed.

Yesterday turned out to be an extremely self indulgent day, didn't it?

Today rain is expected so Jeff has deferred the shed repairs until Monday morning.  OK by me.  Beth is supposed to be round this afternoon for a spot of potato planting but this probably won't happen either, partly because of the rain but also because Beth had her second vaccine on Thursday, had a bit of a reaction and, I think, ought to stay quiet and rest.
None of this is a problem; I have plenty to keep me happy.

In the most recent Good Food magazine, there was a freebie of three packets of seeds.  I won't use the green courgette ones as we prefer yellow courgettes but the other two are spinach and Ailsa Craig tomato.
I already have loads of tomatoes coming along but I've never grown Ailsa Craig.  Are they a tasty variety?  It's perhaps a bit late but I might just sow a few and tuck the rest away for next year.
As for the spinach, it's not my favourite veg although I suspect fresh plucked spinach is a very different thing from packaged leaves and it would be nice to have something to harvest through the winter.  I have time to decide this one - what do you think?

Have a lovely Saturday, everyone.  Take care, stay safe and be happy.  xx 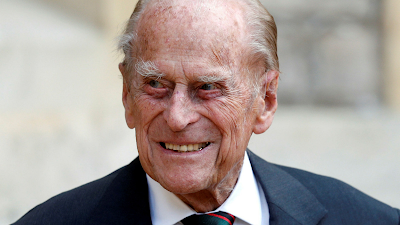