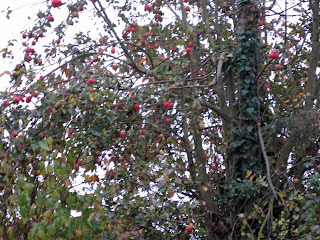 Weekend.  Two weeks down, five to go.  Only three until the Christmas show though - eeeek.  I seem to be doing a lot of eeeking at the moment one way and another, don't I?

I've already mentioned how much I like my new teacher-toy and am feeling a most ridiculous and irrational sense of disloyalty towards my own camera now.  Yesterday evening I took the wrist strap off my old Sony and put it on the Canon as the one provided with it doesn't have a gizmo-thing to tighten it on the wrist and I didn't feel it was safe.  Doing that just doesn't feel right though - aren't I a wally?

There's a lot more automatic stuff on the Canon - things that I had to set each time on the Sony.  It takes better pictures and is both easier and more difficult to use.  I'm on a learning curve here.  Time to load up the manuals disk for more info, I reckon.  The starter book is minimalistic, to say the least.

Now I can look elsewhere for a personal replacement camera.  No point getting the same, is there.  The pressure is now off and some of my auntie's legacy can be saved while I ponder.  And I'm off out later to get a nice little case for it (not provided by the school).  If I am going to use it at home, which I am allowed to, I need to take care of it and a carrying case is a protection.

I need a case but I want a tripod!