I've done it!  Five days living below the line.  About £450 raised for ActionAid (with Beth, of course, we were a team).  Three cheers! 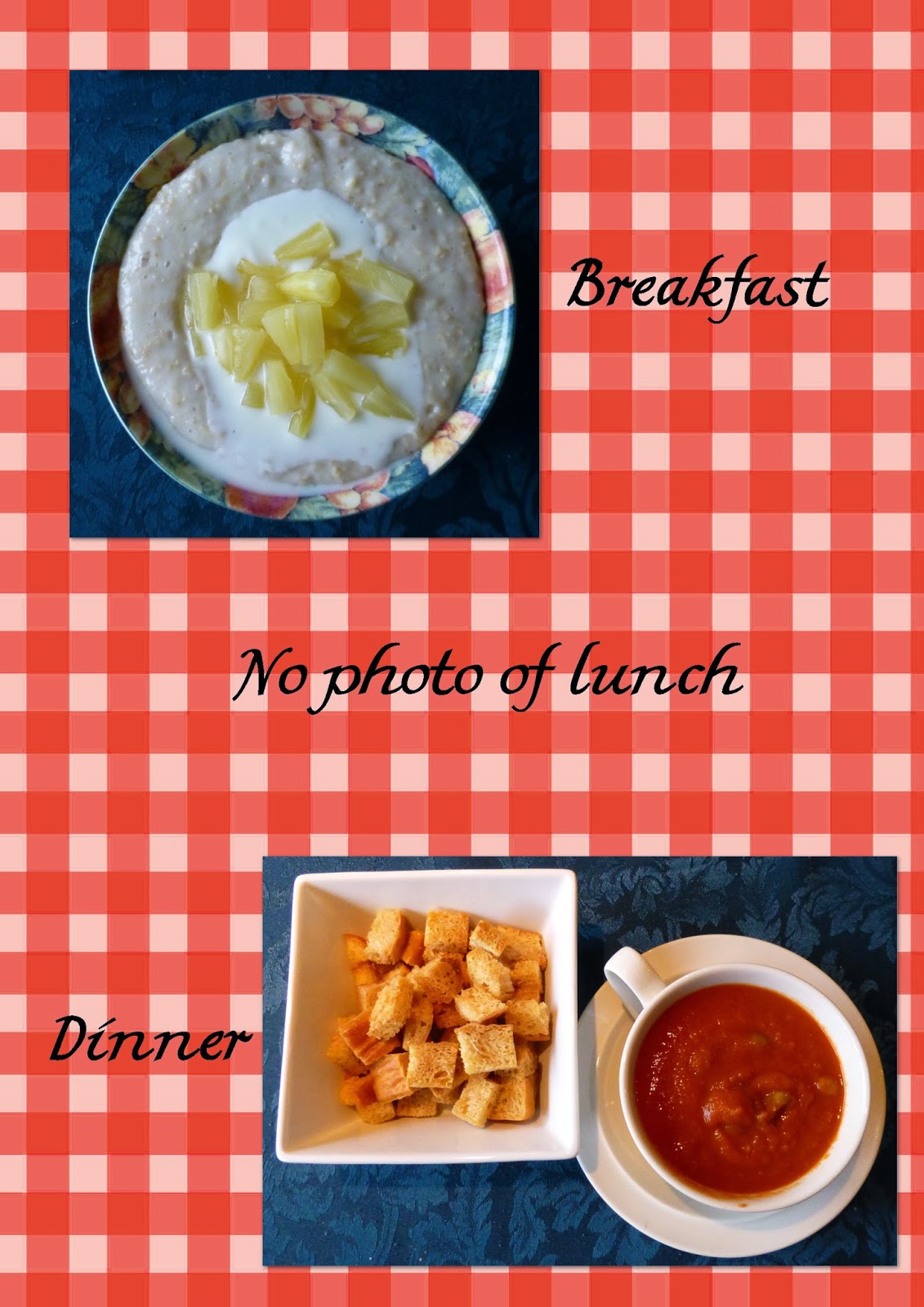 Breakfast was the ubiquitous porridge.  It's just as well I really like porridge.

Lunch was - interesting.  I left it at home.  After thinking fast I decided it would be quicker to pop over to Morrison's to get some value baked beans than to walk home (and it was raining anyway) so I did.  When I got back to school, do you think I could find the flipping tin opener anywhere?  I could have wept, I really could.  And then Beth came riding to the rescue.  She'd popped round to mine to drop off some stuff for Alex's party on Saturday, saw the lunch and brought it to school, bless her.  So the baked beans don't count towards the £5.00, I can eat them another time.  Lunch was, therefore, some bean and veg stew from the pie the night before, toast and soft cheese and three oatcakes with soft cheese and jam.

Dinner was Accidental Soup (so called because it was not planned but made from leftover bit) with some nice, crunchy, home made croutons to finish off my bread for the week.  Just what I wanted

There's some food left (that has already been costed in).  Loads of rice and oats, some soft cheese, a bit of jam and lots of lemon curd, half a litre of yoghurt, two portions of leek and potato soup, half a carrot and some purple sprouting broccoli.

And here's where you can sponsor me and support ActionAid.  Last chance!  :-)   Many, many thanks.

Oh - and breakfast today is bacon and eggs with coffee.  Real coffee.  It sounds so, so delicious, I can't wait!  I'm very, very lucky - we almost all are in this country.