Morning, everyone.  I've woken very early so have time to put this together.  I have no idea of the weather but the forecast for here isn't great but it looks as if the bad stuff starts after we have left.  Back home, it looks to be starting even later so maybe, just maybe, we will be home before it begins.  I hope so for Suzanne's sake - it's not fun driving in the rain.

Yesterday's biggie was a visit to Little Moreton Hall.  It's further away than anywhere else we have been this week, necessitating a drive west across the National Park on the A6 and out to Congleton.  It took an hour, more or less, but the views were absolutely stunning and we stopped at one point to take a few photos. 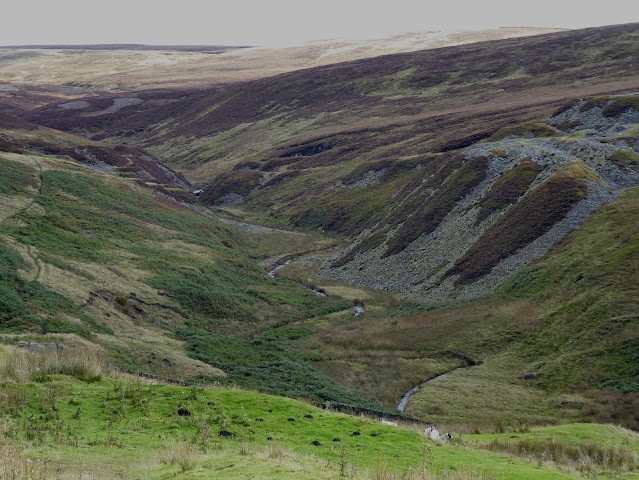 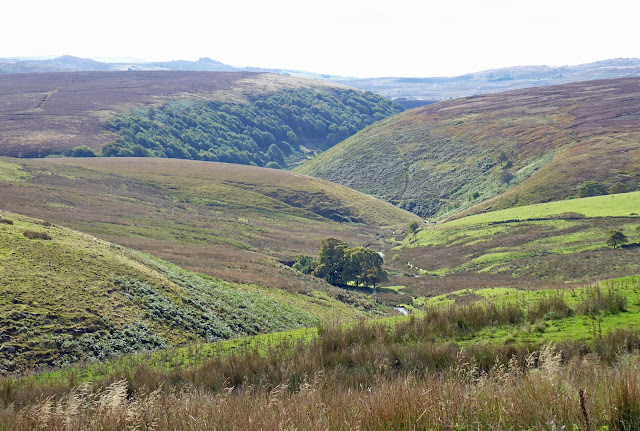 We were so lucky with the weather.  It was raining before we set off and it rained as we were driving back but in between it was mostly cloudy and quite chilly but stayed dry.
The light isn't great in most of the photos below so apologies in advance!
Little Moreton Hall is a  moated, half timbered manor house, built over 500 years ago.  The family, fairly wealthy landowners until the Civil War when they found themselves on the wrong side, temporarily, were imprisoned and fined and lost pretty much all their wealth but this house and grounds.  It was then rented out which protected it from unsympathetic add ons or 'restoration'.
It was handed to the National Trust in the 1930s, I believe. 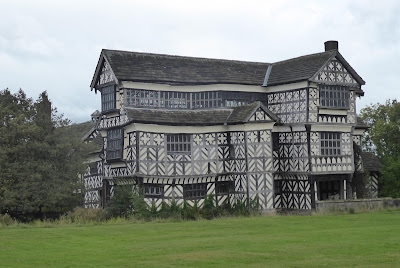 This is the first sight of the Hall and is the newest part.  As one guide said, the miracle is not only that it is so unspoilt, it's that it is still standing at all!
All the various add ons were done with total regard for current fashion and absolutely none for safety and appropriateness.  The long gallery, in particular, has been extensively strengthened as it was putting dangerous pressure on the whole house and could have either imploded or exploded at any time.  What a tragedy that would have been. 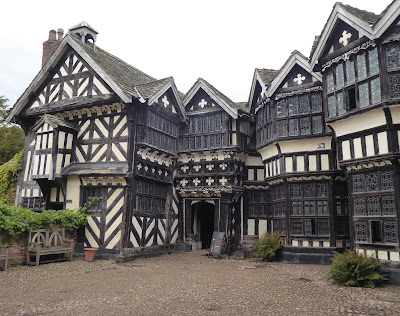 This is the courtyard, looking towards the oldest part of the property.  To the right of that is a chapel and an upstairs providing more bedroom space and if you turn 180 degrees you face the most modern part with the second floor Long Gallery. 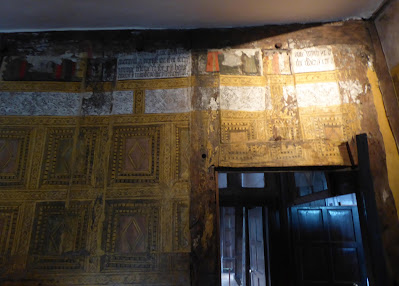 These wall paintings, partly paper and partly on the wood, were uncovered by a surprised electrician in 1976 when he removed some wood panelling.  Some of it tells the story of Susannah and the Elders. 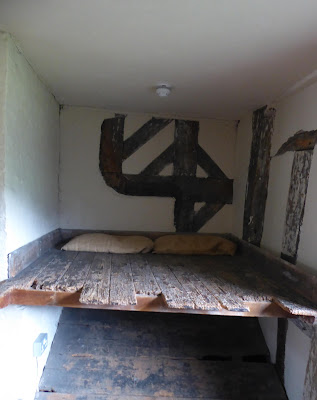 Probably a bed used by servants - I wonder how many were crammed onto it. 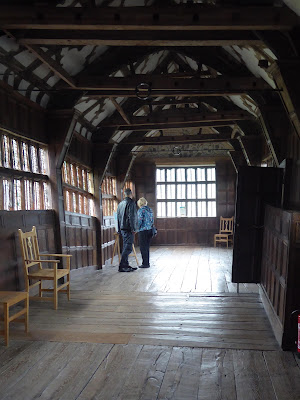 The troublesome long gallery, very much built as a fashion icon, the thing everyone just HAD to have!!
If you look carefully, you can see some of the metal supports that run side to side to keep the whole thing together.
I first visited Little Moreton Hall as a ten or eleven year old and I remember we were only allowed in the gallery a few at a time and only to walk around the edge, not in the middle.  I guess nowadays it wouldn't be permitted at all but healthy and safety was different then. 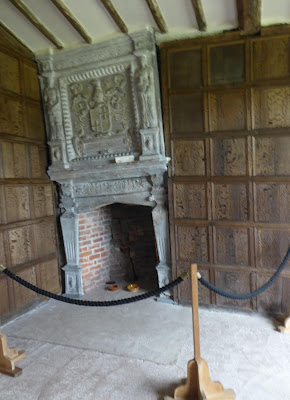 This is a room off the Long Gallery and it really does your brain in.  The floor sloped significantly to the window and as for the fireplace - words fail me.
It's a good example of how off beam, quirky and wonky the whole place is, especially the youngest parts. 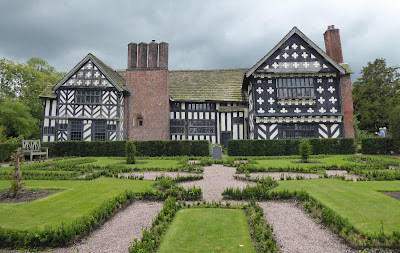 This is taken from the back, the very oldest part, much more solid and steady. 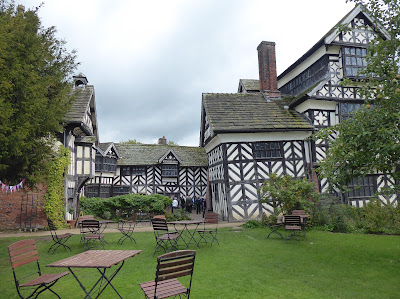 And from the side, oldest building on the left, then the bit facing and on the right is the newest parts and the most uneven.
We had lunch there, a most delicious garden vegetable soup that warmed us up on a rather chilly day.  With it, we shared what Suzanne called half a loaf - an enormous chunk of delicious granary bread - before finishing off with a coffee apiece.
And a final view of the whole thing, taken from a higher point.  It really is very photogenic! 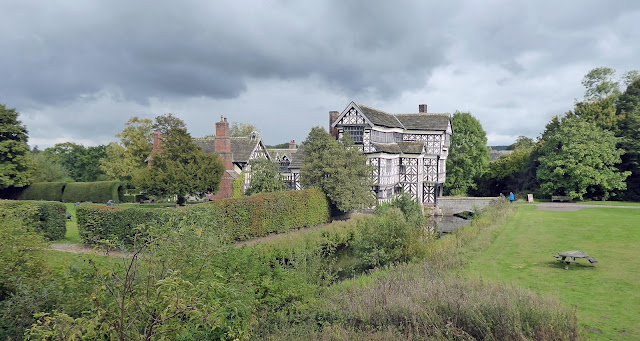 Here's a link with more info.  https://en.wikipedia.org/wiki/Little_Moreton_Hall
The National Trust also has info on their site.  https://www.nationaltrust.org.uk/little-moreton-hall
Once home again and warming up nicely, we got started with the packing before setting out down the road to the Grouse and Claret in Rowsley for dinner.  It was a really tasty meal and, as we got a 30% discount on our main courses, pretty good value too.
And today we travel back down south.  It's always nice to be home but this has been a lovely holiday and I intend to come back next year and carry on working through all the places we didn't have time to go to (as well as returning to a few much loved places).  We have to be out by ten and we're going first of all to the Peak Shopping centre to get various gifts for friends and neighbours, and Suzanne wants to go back to Cotton Traders to try on some trousers she rather liked.
Please, fingers crossed and positive vibes for a much better journey home than we had coming.  xx