Good morning, everyone.  It's gloomy and damp right now but seems to be dry which is nice after the rain that arrived just as I set out for tuition yesterday!  I don't intend to go out but it would be lovely to have some nice weather for my trips between house, shed and garage.

Yesterday went well (apart from a food blip which I have whinged on about on the other blog).  I have pretty much got all the washing and ironing done with just a few things airing on the rack because they were a little damp when I ironed them.  That's a relief.  Most of the other bits and bobs are now sorted and away too.  It still doesn't look tidy but half an hour's work will see that sorted. 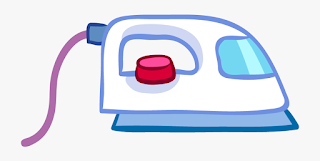 Sharon, hairdresser, came yesterday to give me the cut and dry that had to be cancelled from just before my holiday because she did her back in.  I hadn't realised but yesterday was actually the start of her holiday and she had no other appointments but she slotted me in because it was the earliest I could have her.  Wasn't that nice.  I'm very relieved because it really was getting shaggy - still manageable but it wouldn't be long before it would start driving me crazy!  That's done for another six weeks now and we also fixed a date just before Christmas so phew!  Fingers crossed they will come off; there's no certainty at the moment, is there?

The other thing was tuition and that was great fun.  I found an 'Algebra Alphabet' thing that involved a few basic algebraic conventions (such as the difference between 2A and A squared plus the BODMAS principle but in a fun way and a way that required a systematic approach.  I'm going to use it for another student too - it was really good.

Today is a biggie for me and I'm nervous.  It's dental implant surgery day!  Eeeeek.  I won't be walking out with a big new smile, it's the day he puts the implant bases (whatever they are called) into the bone.  What then happens (I hope) is that the bone grows around the implants and when that's all nice and secure, the bits that show are sort of screwed on.
I expect that it will all be pretty uncomfortable for a few days but no gain without pain - or whatever.  I'm glad the treatment is moving on as I'm fed up with the dental plate and can't wait to have 'proper' teeth again.

I've cancelled tuition today, of course, and am taking it easy this morning, just doing indoors things and sorting out stuff.