Good morning.  Well, the end is nigh, as they say.  It's been a lovely week, full of enjoyable things to do, nice food, good entertainment.  I'm glad I came and I'm glad I stayed an extra two days.

Yesterday was lovely.
Because I went for a walk in the park and watched some of the cross country, I was a bit late for the quiz so just sat and listened.  Then five of us went for a gentle stroll round the grounds with one of the entertainment team and I took a few more photos in the sunshine. 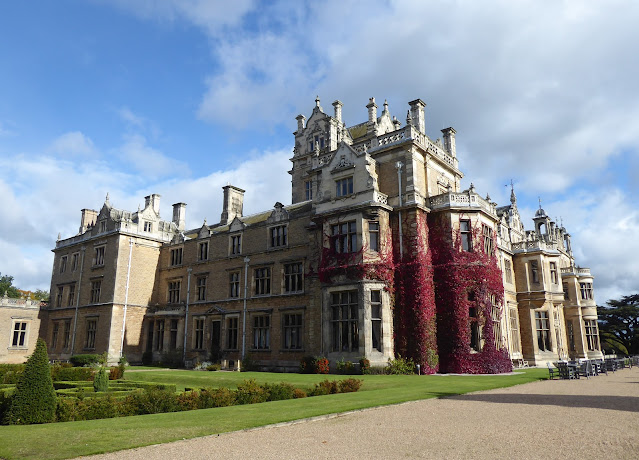 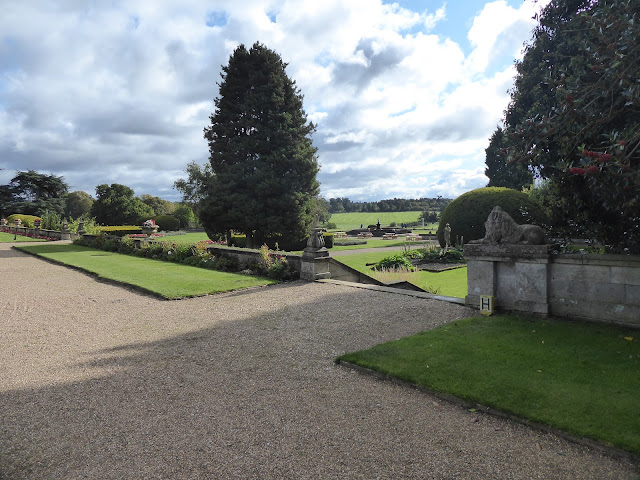 After lunch (a very nice ham and grain mustard sandwich with a coffee), I turned up for the line dancing and had a fun half hour stepping it out - or whatever the term is.  I have really enjoyed the two sessions I was able to book.
Then it was straight on to the cocktail demo.

Now, this wasn't one you had to book and, unlike the gin and wine tasting sessions, it was free, so I assumed no tasting.  I was wrong and very nice they were too.  Just sips and I cannot for the life of me remember what they were called but two of them contained chambord, a raspberry liqueur I have never tasted and I liked it.  Must get some for Christmas as, to me, it had the festive vibe.   It'll be so nice in a spritz with prosecco or similar.
Have you ever come across it?

I also managed to sort out the packing and took most of my stuff down to the car, just leaving evening, overnight and morning stuff which I will bundle in a supermarket bag.  It will make this morning very easy.

One more thing I did was to go into the Kelly Turkey site to order the Christmas turkey.  Christmas has to happen now, at some time, some point, even if it means chucking it in the freezer until we can all be together.
Christmas at Easter time - well, why not!  It is what we make of it, after all.

I remembered to get a photo of my room from the outside. 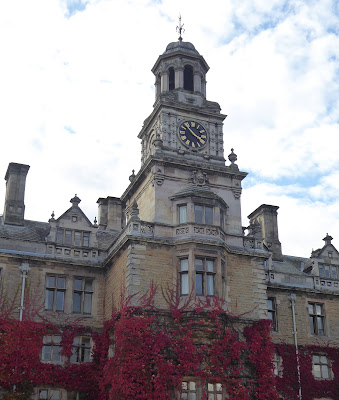 The light isn't great but it's the bay window just below the clock.  Definitely in the attics and most likely servants quarters originally, wouldn't you say?
Well, I'd better bring this to a close and sort out the last of my stuff.  I have breakfast at half past eight and intend to leave straight afterwards.  It's around three hours from here to home so I will have time to do a bit of fruit and veg shopping when I get home.
Have a super day and things will all be back to what passes for normal again tomorrow.  xx