. . . and the last day of October, incredibly.  I know everyone is saying it but this year . . . it seems to have gone so quickly and yet, at the same time, it feels as if it has been going on for ever.  Very strange.

Thankfully, the rain held off yesterday, although there was some very light drizzle in the air, so I was able to go from house to garage, still organising things and putting stuff into some sort of order.  It's going well.

In the afternoon, a couple of parcels arrived for Beth so I took them over, stayed for a chat and then did my shopping in Aldi which is close by.  I managed to get a few Christmas pressies there so was pleased with that.

Beth and I both decided that this year we will start getting the Christmas stuff out and up early.  We need the bright lights and shiny glow.  One of our traditions is Christmas Tree Day.  It started when Alex was little.  They came round to mine, we had party food (and wine), put up and decorated the tree and then watched Christmas movies.  Alex has outgrown that now but neither Beth nor I have, so it will probably be the first weekend in December rather than the last weekend before Christmas.  Alex will still be at uni so that works well.
I'll probably do it in stages.  The tree first and then the other stuff as and when I feel like it.  It will be nice to have some cheer.

The rest of the day was relaxing and watching recorded stuff on telly - very nice.

Despite the very dull day, there was still some colour in the garden which cheered me up no end.  Here's a few photos. 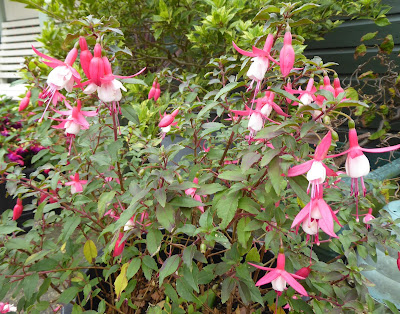 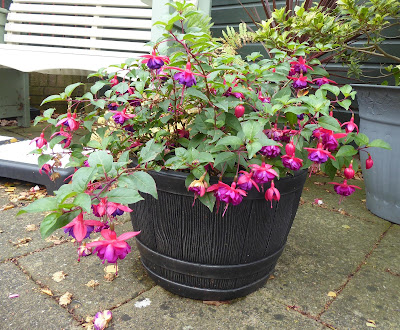 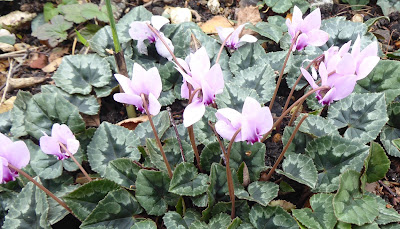 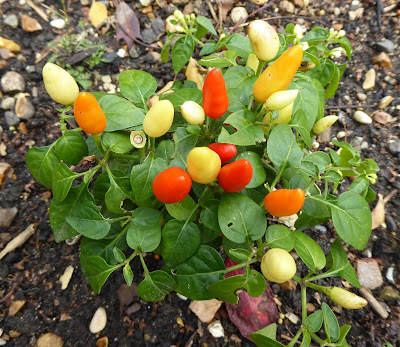 Today is more of the same really.  I have a chat with Chris scheduled for ten which I MUST remember this time.  I've written it down on a post it and stuck it on the monitor.  Apart from that, I'll do some more clearing and then snuggle down with the Kindle, the knitting and the TV.  The weather forecast is not good, especially for the afternoon so I expect I will be glad to chill and draw the curtains early.

I'm not going to bother with the 'no trick or treat' sign I usually put on the door.  I doubt there will be many out this evening, what with the weather and the virus.  It's all organised round here anyway, not random calling.

Stay warm and dry today and have a happy day.  xx