Saturday and a trip to Sandringham

Good morning and thank for all yesterday's comments.  Yesterday was a most enjoyable day.

Jackie turned up at seven, as arranged, and we had a leisurely breakfast before walking to the pick up point where the coach turned up after about five minutes.  After going all round Chelmsford picking others up, off we went, heading towards the M11.

The traffic was quite heavy which was OK this end and on the motorway but rather held things up, especially past Mildenhall where the roads are narrow and there were quite a lot of very slow moving vehicles - mostly farm vehicles.

Once there, the first thing we did was locate the loos (ladies of a certain age - you know!) before we decided to have lunch first.  There's a very good eating place at the visitor's centre where the food is fresh cooked.  I'm not sure how they would cope on a very busy day but yesterday it was fine and the mushroom soup I had was absolutely delicious.  Jackie had frittata with a salad and she also said it was wonderful. 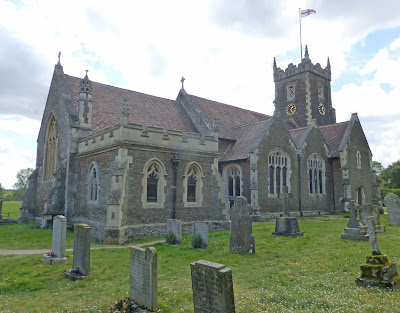 We went along to the church first.

It was smaller than I had expected, and very 'intimate' with such a 'friendly' atmosphere, despite the monuments to many royals, including Victoria. There was a huge amount of silver in pulpit, altar and rederos which must cause a bit of a security headache.  I just wondered how much work it must take to keep it all shining so brightly. 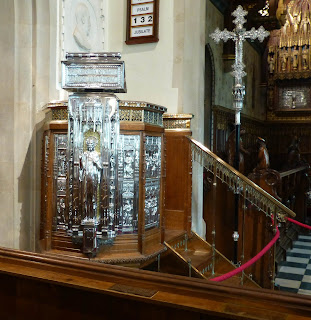 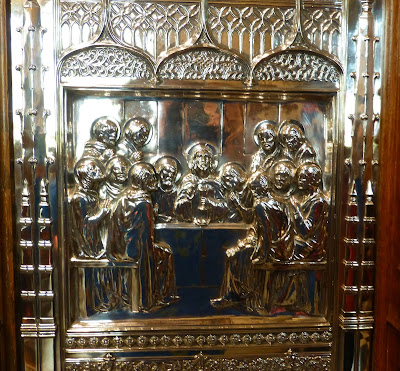 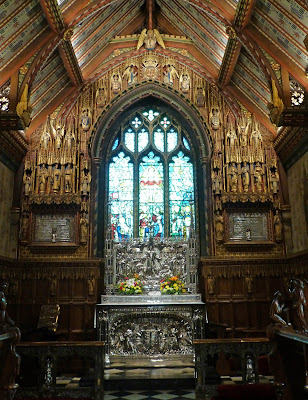 The font is very old and was used for the christening of  both Charlotte and her grandmother, Diana - we were told that was why Charlotte was christened there - because of Diana.  I though that was lovely. 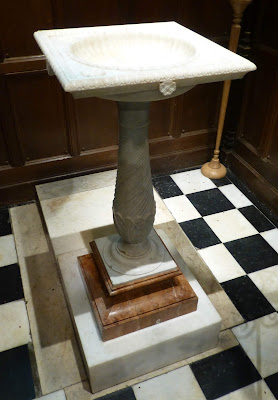 Then we took the long walk through woodlands to the house. 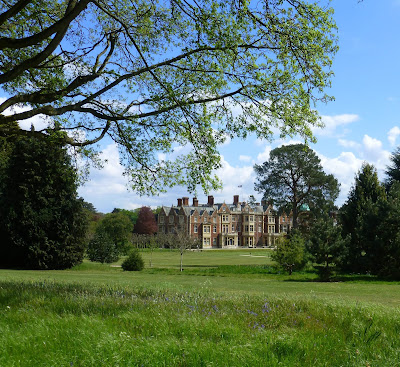 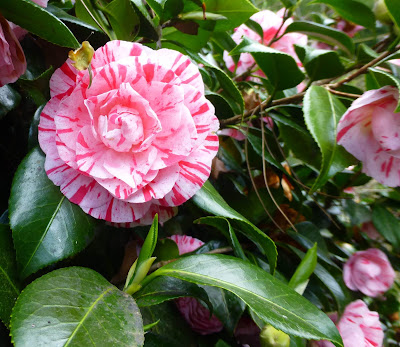 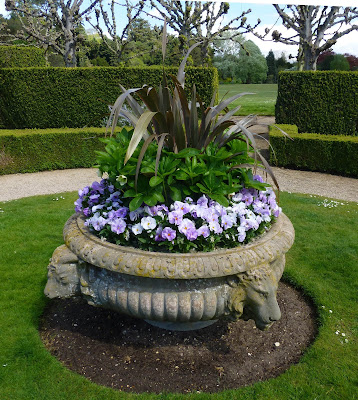 Only a few rooms downstairs are open for viewing which is fair enough as it is a family home, but, s Sooze said, it's lovely.  However, it was here that I had the only quibble of the day - there are no infowmation notices in the rooms - or very few - and visitors are given ear phones connected to little ipad thingies that given info.  However, I can't use earphones because of my hearing aids and feedback and there was no substitute.  Even a transcript sheet would have been good but even better would have been a round the neck loop to replace the earphones, like the one I have that works with my TV.
So I felt I missed out a bit there and I might say something at some point, if there's any 'contact us' link on the site.  It wasn't good and certainly not reasonable adjustment.

Then it was on to the Stable Museum which was good.  Lots of old cars and carriages, including child sized ones for the younger Royals, some of which I have seen before, of course, in TV programmes.  Lots of info on the walls here and we both agreed it was well done. 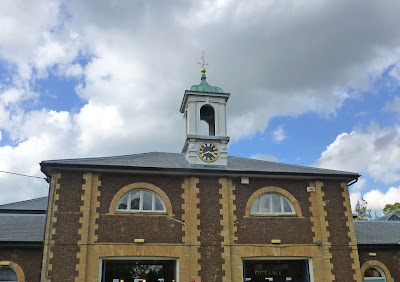 Then we just had time for a cuppa before strolling back to the coach the other way so we more or less circled the house.

The journey home was much quicker.  The drive took another route which went past my beloved Center Parcs and on to the A11 and the first hold up we had was back in Chalmsford along the Broomfield Road.
We spent some time on the coach looking through the booklet of other coach tours/trips this summer and, to be honest, I could go on one every week if I wanted to, there's so many to choose from.  Today I will take another look online and have a think.

So it was a super day all round and I certainly slept well last night!