Good morning!  Another cloudless start to the day, very fresh right now but it's predicted to be hot later on.  As usual on these hot days, all the windows are open to catch the freshness, the arbour cushions are out and ready and, in a while, I will put a couple of other chairs under the tree, where it is lovely and shady, ready for this afternoon.

Thanks for all your comments about the jigsaw puzzle.  it is indeed a challenge but I am sure I will get there - eventually!  I did a couple of general replies rather than individual ones this time.

Yesterday turned out to be more than expected.
All the planned things worked out.  The Zoom meeting was fun, it was great to chat with Chris and Lesley and I had a grand old catch up session in the afternoon.  Sandwiched between that was a trip to Morrisons where I only got what was on the list and nothing more (yay, me) and a trip to the allotment to water.  Dear oh my, the weeds are shocking after last week's rain and as for the so-called grass - ouch.

Everything's taking off nicely, not just the weeds, in the second garden (!).  The runners are now merrily climbing up the poles, the courgette plants are growing fast (no female flowers yet though) and, as at home, there are baby cucumbers!  As for the broad beans - loads of half sized pods!  It won't be long.

On top of that, I had an unexpected email from the double glazing company saying they were ready to start the planned work (postponed because of lock down) and could they begin on Thursday.  Eeeek!
Of course, I agreed that Thursday would work well and indeed it will.  So they are dropping off some big stuff early this morning, the scaffolding goes up tomorrow and they should have done the guttering, etc, by the end of the day (I think).
It should all be done by Tuesday!
Three cheers.

Today will be quite full too.  There's a delivery of a garage door and various guttering and associated stuff at some point first thing.
I have personal training at twelve which may be inside on live link if it gets really hot by then.
Later on, my friend, Mel, is coming round for a chat in the garden.  That will be lovely.

In between that, I have to push everything in the garage back to give them space to fit the new garage door.  That will be hot and dirty work but it is an opportunity to dump a bit more rubbish as the bins are emptied tomorrow.
I also need to mow at the allotment but I suspect that will be left until tomorrow, always assuming I can escape tomorrow!  Beth's doing the watering today.

I'll leave you with a few garden photos, just taken.  I'm starting to see why sweet millions is called that; there are so many flowers on each truss.  The cucumbers are growing centimetres every day, there's another one almost ready to cut and others are snapping at its heels.  Brilliant. 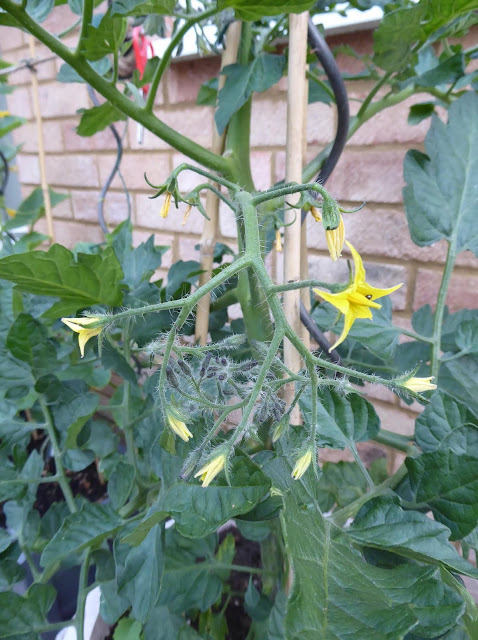 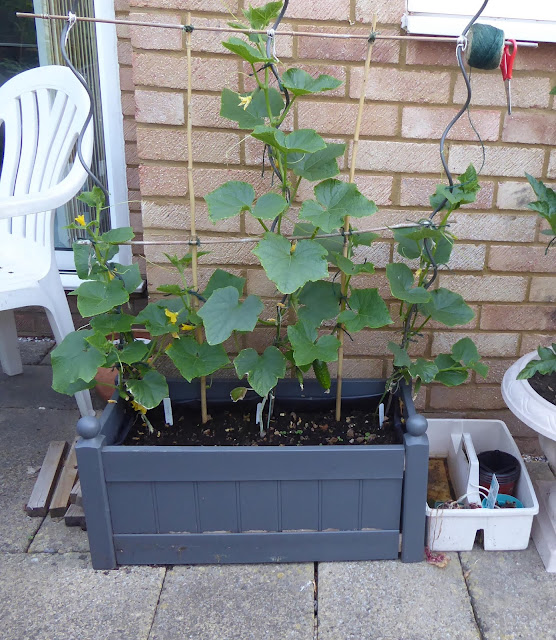 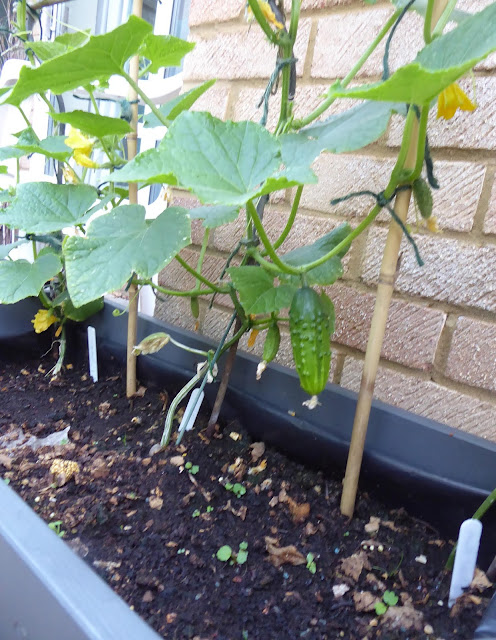