Yesterday, I had a little (very little) stroll round the garden which is looking rather nice right now.

The mini daffs are all out in their sunshiny glory, the snowdrops are just starting to go over but still looking pretty and the hyacinths will soon be taking over.  In the front bed, the primroses are beautiful, despite being battered by wind and rain, the bluebell leaves are tall and even the heuchera is sending out green spikes. 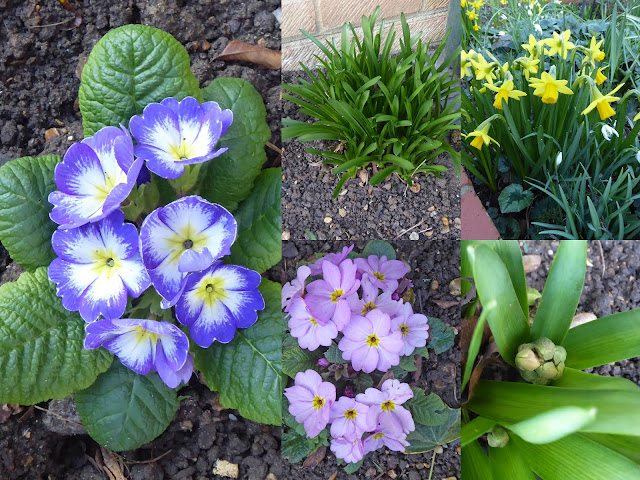 More surprisingly, not only is the delphinium sending up shoots, so are the lupins, while the geranium is looking remarkably ready to shoot forth too. 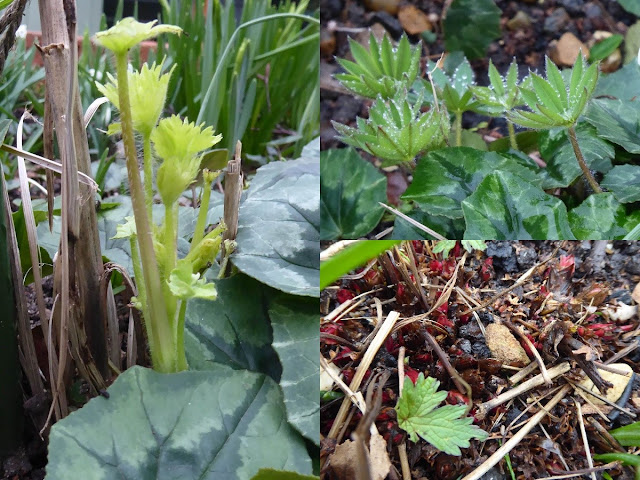 The chives are almost ready to start using while the mint and the oregano are both starting to make their presence felt. 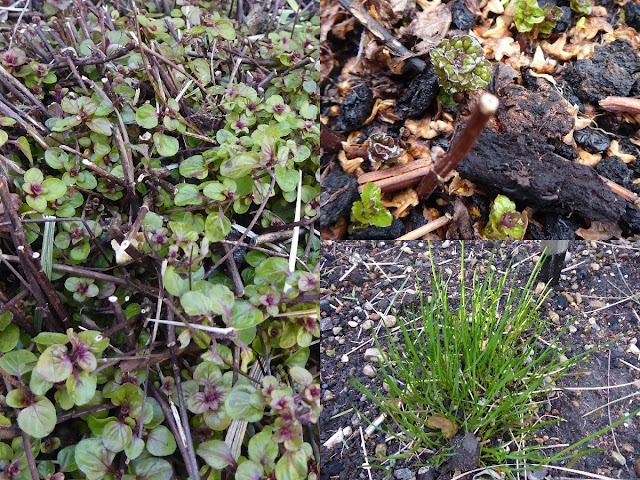 And it's only two thirds of the way through February.  Crazy!

As expected, it was a great drying day yesterday.  I pegged my bedding out using rather more pegs than usual as it was so blowy and by the time the second load was ready to go out, the first load was dry.  I got all the ironing done too, which was most satisfying.

Today I have Slimming World group this morning and then the day's my own.
I'm not going to be weighed this morning.  This is half term so I go back to my old group on Thursday evenings as there's no pottery but I help out with the weighing on Tuesday and will go to do that.

I think I might take the bus into town and have a look at the spring clothes which should be on the racks now.  Not that I need anything, of course, but when has 'need' had much to do with it?  There are a few bits and bobs I want to get as well as generally window shopping and have been putting it off for a while so it's really about time.

The socks are doing well.  I've started on the second of another pair and I think I might explore the John Lewis department to see if there's any more sock patterns that look a bit different as well as seeing if any yarn catches my eye.  I must have something on the make all the time.

I think it's coffee time!  I'll stop meandering on and get that kettle earning its space.  Have a great day, whatever you have planned.  xx